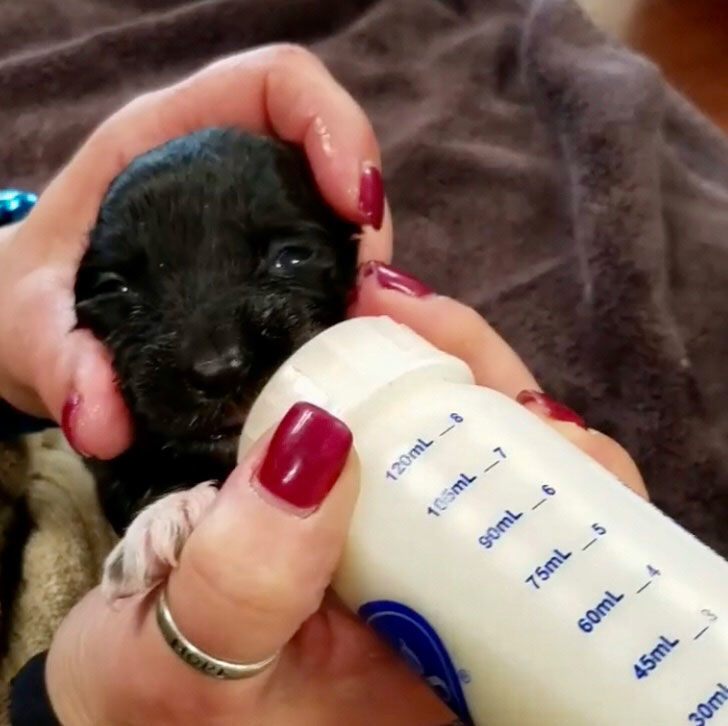 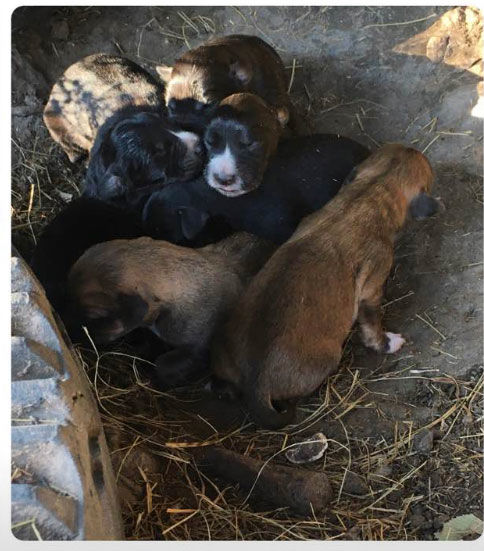 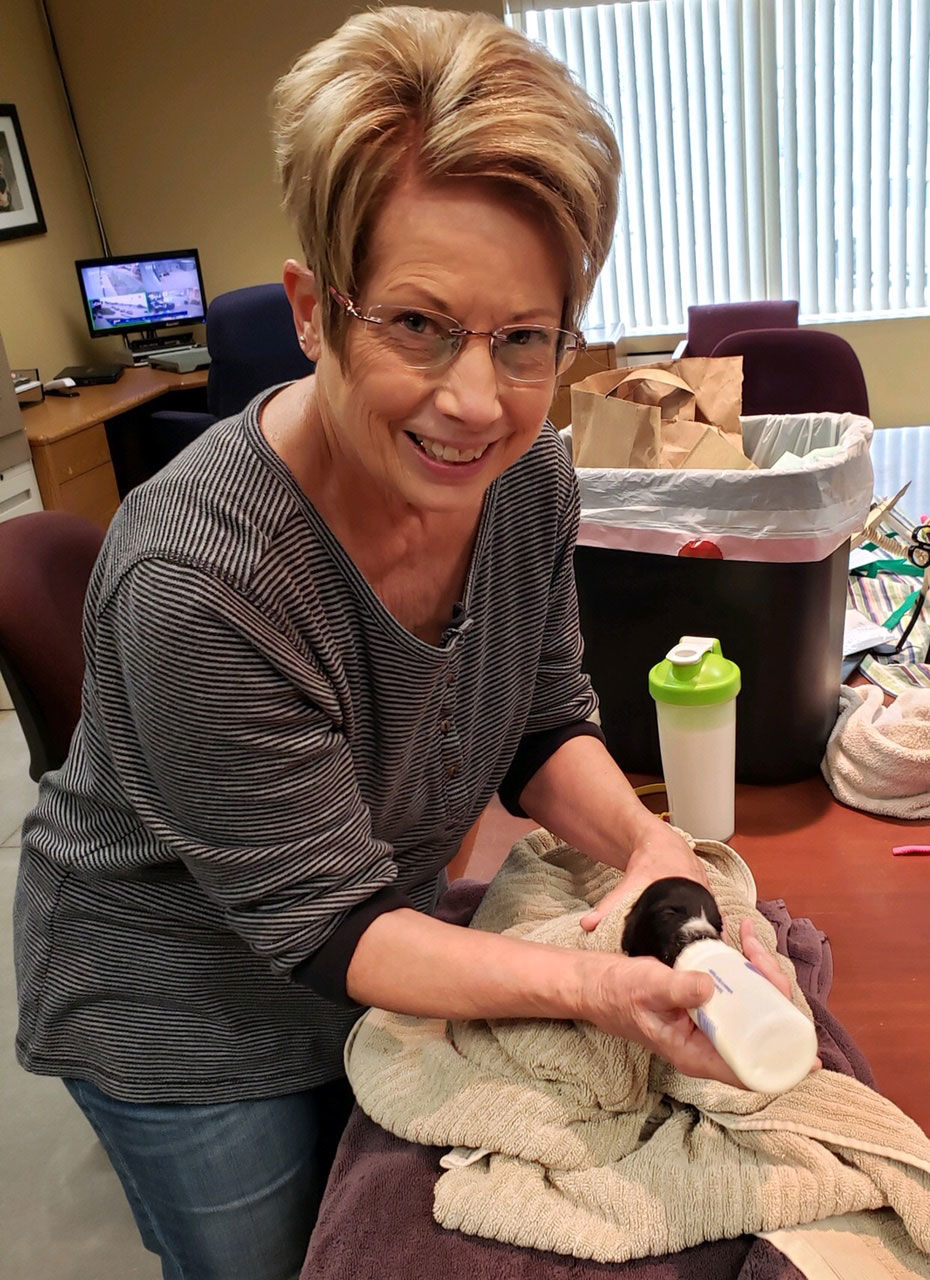 That’s because, six, a full half-dozen, 10-day old puppies have been rescued from a horrible situation by the local shelter.

“These puppies came from the Alliance area. We had gotten other dogs from them earlier in the year. I like to help out other areas if we can because sometime we may need the help,” Hart says. “Apparently the property where all of these dogs were was sold and the new owner wanted the remaining dogs gone. So, since we had helped before, they called and asked if I could take the mom and a litter of six.”

Hart agreed to take in the family. She had transport set up and ready to go, however, when volunteers went out to get the dogs, sadly, the mom had passed away. Suddenly the question became, “Will you still take the puppies.”

“I had given my word,” Hart says, “and my word is good.” So this week, six mixed breed puppies, a little over a week old, arrived at the shelter.

The puppies had been living with their mother out of doors, with no shelter in a shallow dugout in the dirt; not even straw to pad their little bodies. Because of the conditions Hart was very concerned about their health.

With puppies this young, “It’s touch an go,” according to Hart. Worries included respiratory problems from exposure to the elements. Thankfully, initial vet checks found the four girls and two boys to be doing well, and these lucky pups are in the best place they could be.

Their twelfth day of life found them in much better surroundings, cuddled together in a sweet puppy pile on a soft blanket warmed by a heating pad. The sextet is happily being fed every four hours, round the clock. They are being loved and cared for; three by Hart, and three by Adopt-A-Pet volunteer Sandy Kaltenbach. Hart is grateful for Kaltenbach’s help. She says feeding three pups 24/7 is way more managable than six so the pair decided to divide and conquer. For now, the puppies are being cared for in foster homes.

“In two or three weeks we will put them back together … When they start eating some wet food and not just bottles,” Hart states.

Getting ready for a pile of puppies and round the clock feedings required a little rearranging at the Hart home.

“My Husker room has moved upstairs for the rest of the season,” Hart says with a laugh, “I set up a play pen in the Husker room downstairs.”

Hart thinks the puppies will be well socialized because staff and volunteers will be interacting with them so much as they grow and develop their own little personalities.

For now, Hart and Kaltenbach find themselves providing midnight feedings (and more) for the six pups in their care. Four, black and white; one, black and brown and one, brown and black one-pound balls of fluff who are just about to open their eyes.

Hart says the puppies aren’t out of the woods yet, she knows that from experience; but she pledges to keep on top of things so these pups, who had such a rough start, can have the best possible lives.

At this writing, York Adopt-A-Pet is in need of formula and bottles to feed these babies.

“The formula is like gold,” Hart explains, “It isn’t easy to replace mom.” If you would like to make a donation to offset the cost of formula and supplies visit yorkadoptapet.com. Donations may also be sent to York Adopt-A-Pet at 1511 Platte Ave., York, NE 68467 or dropped off at the shelter.