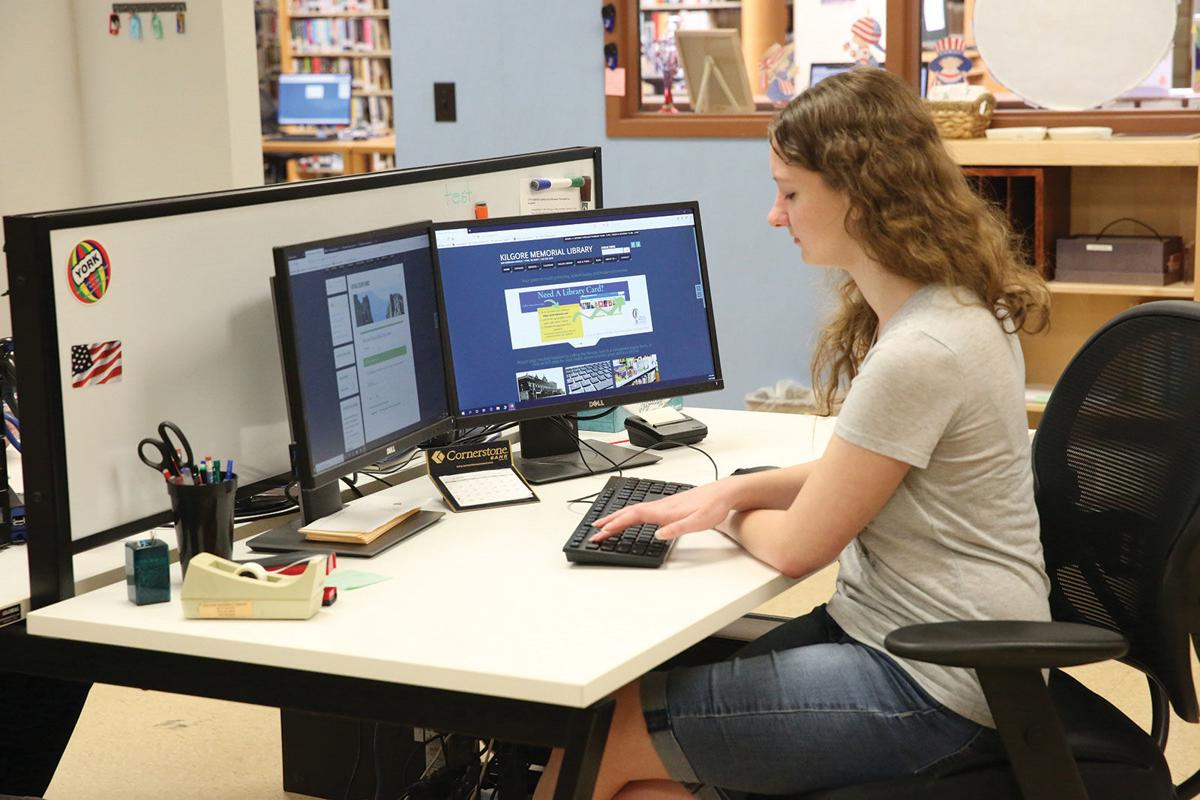 Kilgore Memorial Library intern Lexi Lacina clicks around on the Kilgore website. Lacina’s internship is fully funded by a grant awarded to Kilgore by the Nebraska Library Commission. 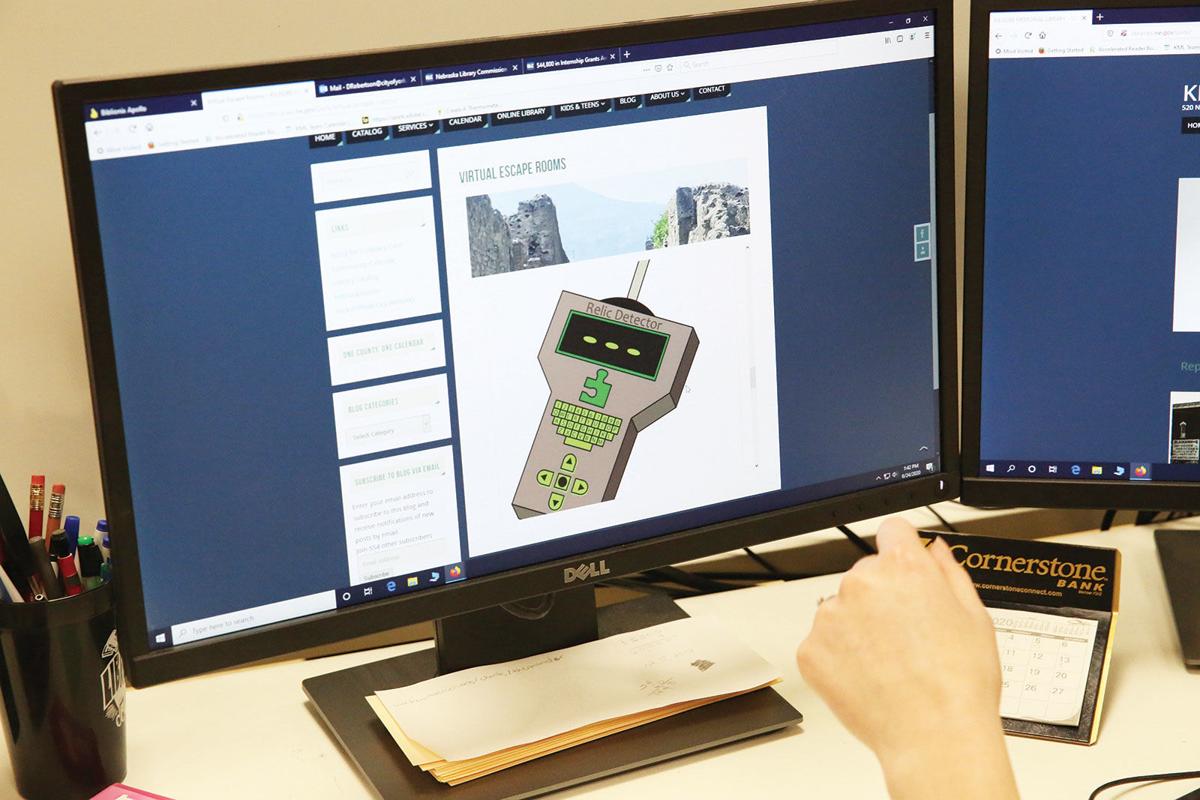 Kilgore Memorial Library intern Lexi Lacina clicks around on the Kilgore website. Lacina’s internship is fully funded by a grant awarded to Kilgore by the Nebraska Library Commission.

“It has to be someone who has never worked in a library,” said Deb Robertson, Kilgore Memorial Library Director. “The goal is to get people interested in librarianship.” Having recently lost a staff member, Robertson said the library needed some help, and the grant award answered the call. “This year it made it possible for us to have programming for middle school and high school-aged kids,” she said.

Lacina’s initial role is to develop a virtual escape room for the library. Her escape room is based on the adventures of a set of twins, who are relic hunters exploring Pompeii. Through solving puzzles and utilizing a “relic detector,” the twins make their way through Pompeii, collecting relics. Lacina described it as similar to a choose-your-own-adventure book, with the addition of games and puzzles.

Basic virtual escape rooms can be made via Google Docs, but Lacina – a student at York College – wanted to take her escape room to the next level. “I decided I wanted something a little more than that,” she said. “I thought I could make it into a story.” With little experience creating virtual escape rooms, Lacina said she learned a lot on the fly. “I just kind of figured it out as I went, and ran with it.”

Lacina’s talents for storytelling and writing helped her create her online escape room adventure. Her travels were also an influence, even including photos she took on her own trip to Pompeii. Education Outreach Coordinator Carol Baker identified Lacina as a good fit for Kilgore. “I knew the talents that she had storytelling and writing,” she said. “When this [grant] came up, I said, ‘We’ve got the right person.’” Baker had been hearing about virtual escape rooms through other libraries, including Facebook groups. “I knew that Lexi was interested in that,” she said. Lacina will be assisting Baker in other roles as well.

Kilgore is sweetening the already-entertaining adventure by giving players an opportunity to enter a drawing for a gift certificate to local physical escape room The Lock Box – if you can solve Lacina’s escape room. The certificates are funded by Kilgore’s Friends of the Library. The virtual escape room is free and open to anyone – library card holder or not.

In the meantime, Lacina already has her eye on her next virtual adventure: “It’s planned to be a trilogy.”