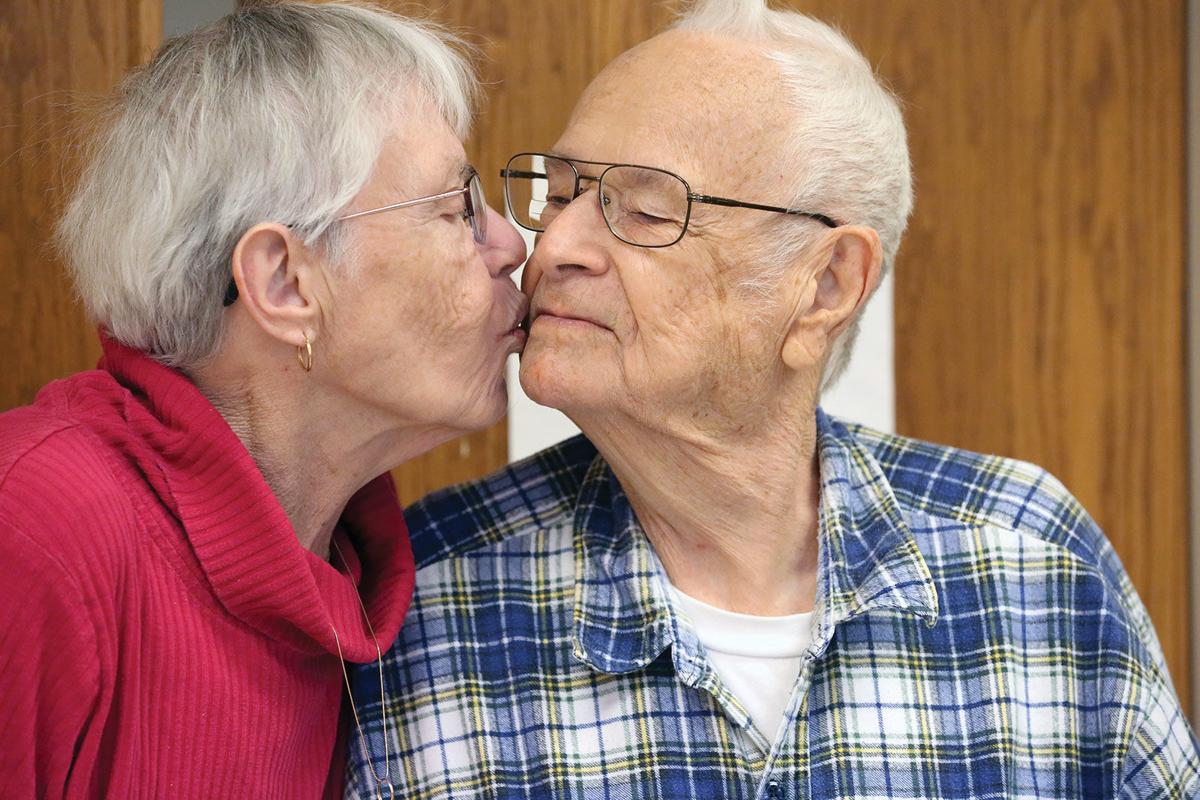 LeVauna Weismann, pictured above gives her husband Jerome a kiss, advises those looking for lasting love to “Marry your best friend.” 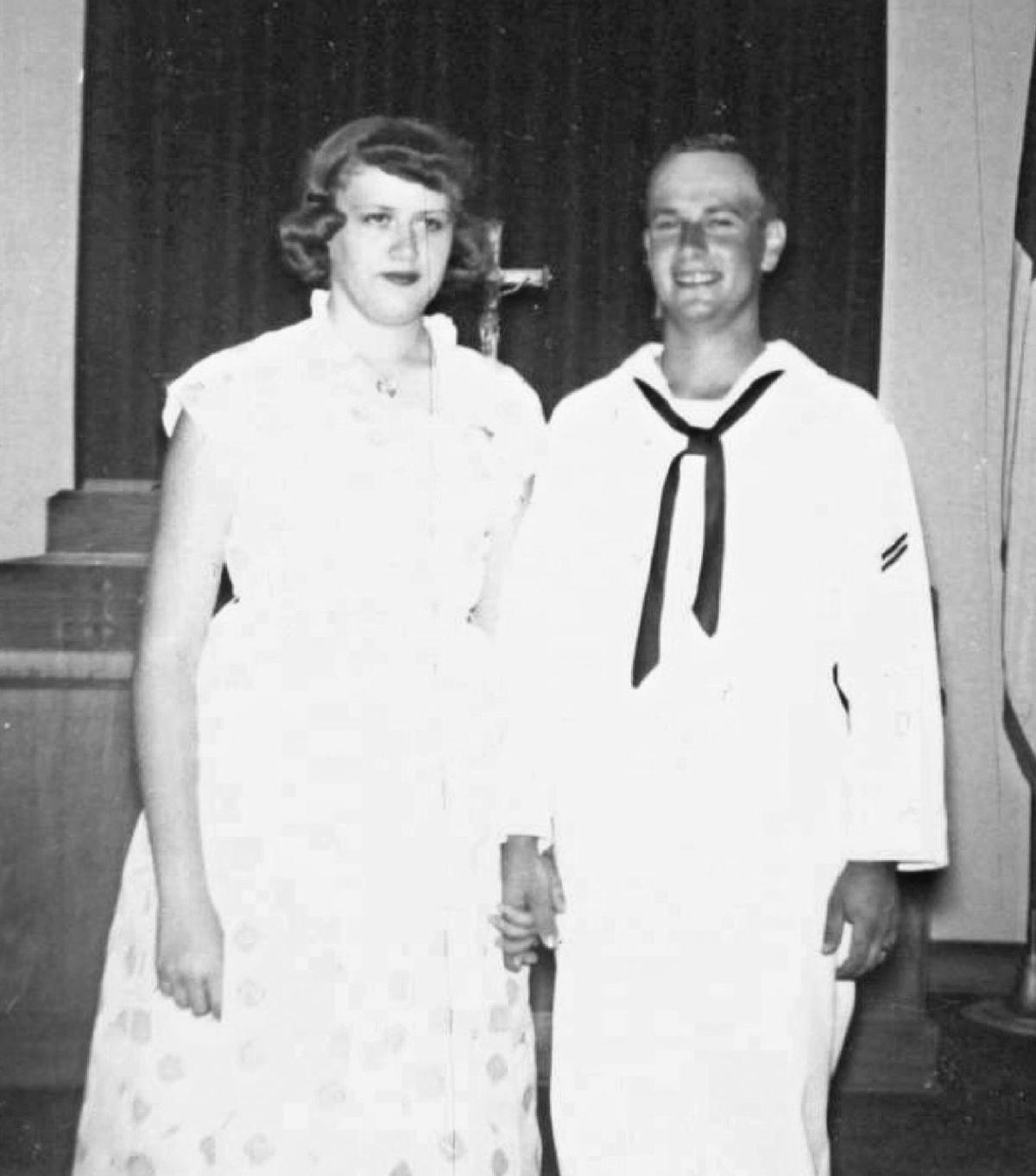 LeVauna Weismann, pictured above gives her husband Jerome a kiss, advises those looking for lasting love to “Marry your best friend.”

A freshly-turned-16 LeVauna Bennett waited in Our Redeemer Lutheran Church in Elwood, Neb. in the hotbox of a church, formerly a schoolhouse.

“It had to be at least 110 degrees in there,” she remembered.

The wedding was at 7 p.m., her family wrapping up wheat harvest by 5 – just in time to shower and head to Our Redeemer for the big day. Jerome Weismann wore his U.S. Navy best, and married his young bride, himself only being 19 years old.

It wasn’t the most romantic wedding. They exchanged rings ordered from the Montgomery Ward catalog. It was a simple wedding without much fanfare – just close family, the event squeezed into a full weekend at the church. LeVauna said she remembered five weddings scheduled for the little rural church that weekend.

“We’re the only couple still married,” she said.

A textbook fairytale the love story was not. “We knew that couldn’t happen,” LeVauna said.

“You need to have realistic expectations when you get married,” Jerome said.

Indeed, there was little fanfare when the official engagement arrived. “One day we just decided we were going to do this. It was sort of an understanding,” LeVauna said.

“I would probably do it again,” Jerome said, shrugging, a twinkle in his eye. The couple – approaching their 65th wedding anniversary, have been through Navy assignments that kept them apart, save for government-censored love letters; moves all over the country and a triple-bypass surgery for Jerome nine years ago this Valentine’s Day. Still, their decades-long love hasn’t wavered – even if it wasn’t love at first sight.

The Weismann couple has known each other many years, living only yards from one another for a time, in their Elwood home town. “Actually, I didn’t like him very much,” LeVauna admitted. A group outing to an out-of-town basketball game started turning things between them around. “I grew up, I think,” LeVauna said. “I just grew up and married my best friend.”

“He functions as my secretary,” LeVauna said, referencing her husband’s Navy-learned technology prowess. “We complement each other – we really do.”

Their dedicated coupledom was recognized at Yorkfest 2019, as the Weismann’s were crowned Yorkfest King and Queen. “It’s been wonderful,” LeVauna said. Together Jerome and LeVauna have frequented special events around York, supporting local causes and welcoming visitors to events like York Czechfest.

It might be that doing things together – special events or not – is what truly defines a relationship – romance, even. LeVauna said holidays like Valentine’s Day don’t play a huge role in their marriage. “He does a lot of things all the time for me.” She said dinner dates and an occasional surprise bouquet aren’t just for Valentine’s Day in her and Jerome’s marriage. LeVauna’s advice for those looking for love lasting beyond Valentine’s Day?

What types of gatherings, situations are now prohibited in York County?