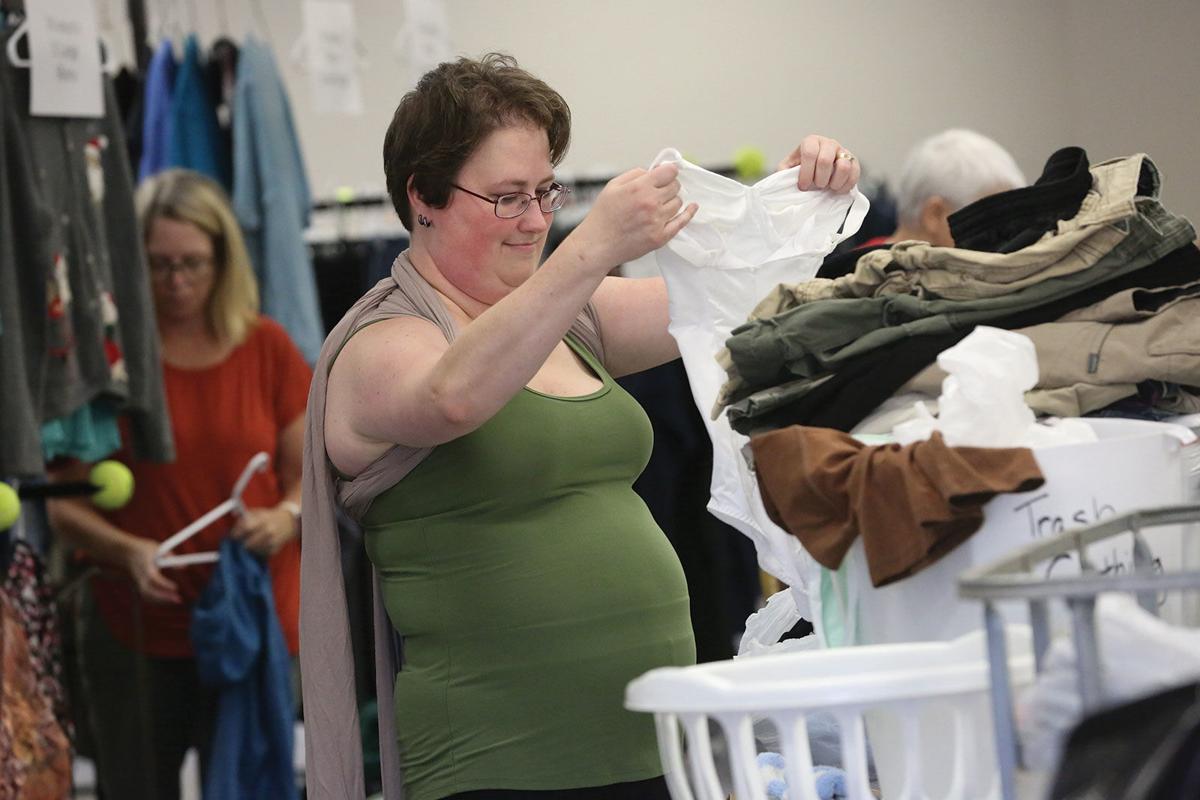 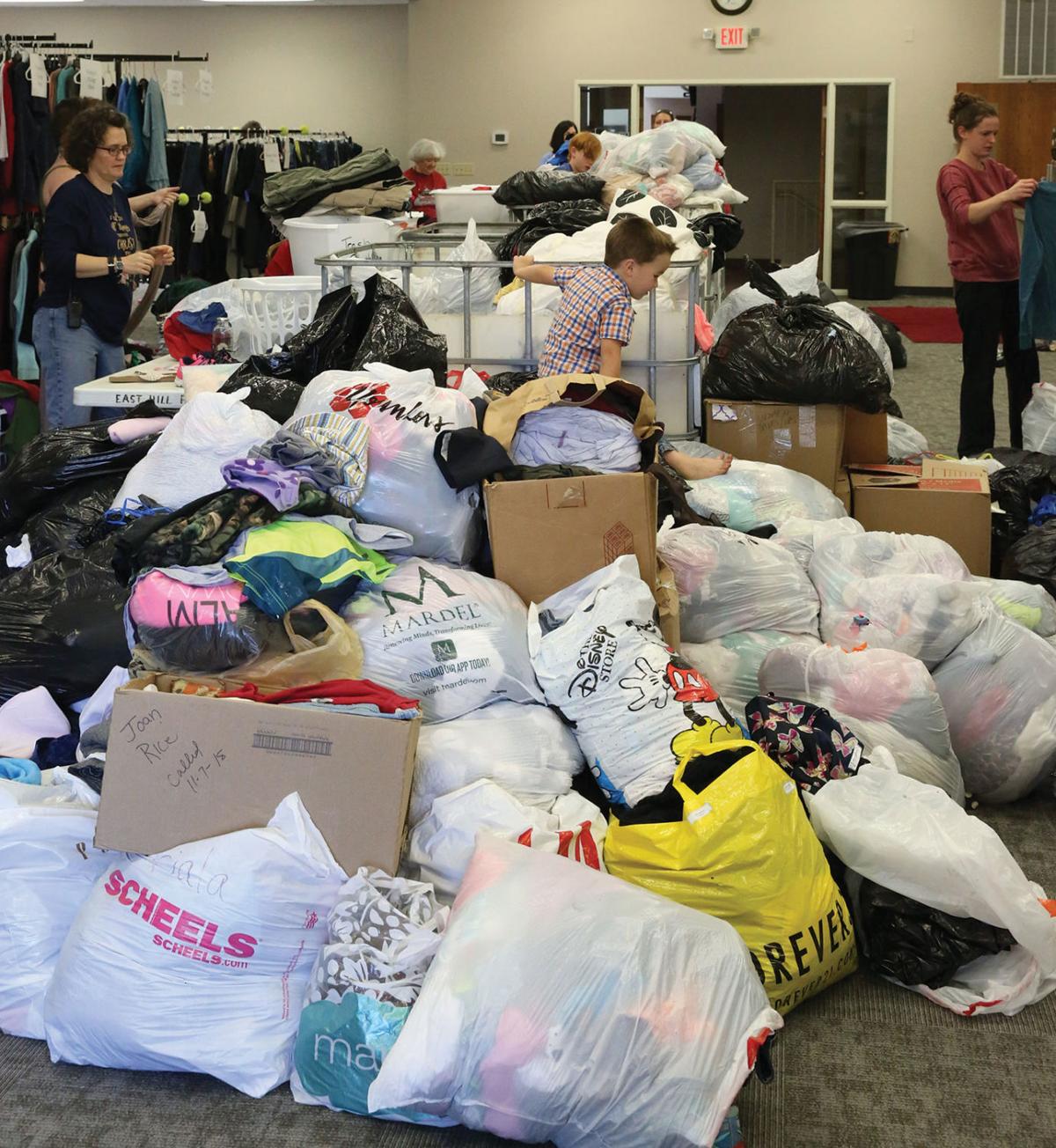 Earlier this week -- days ahead of Saturday’s event -- East Hill Church’s Clothing Giveaway donations had swelled throughout the church.

Earlier this week -- days ahead of Saturday’s event -- East Hill Church’s Clothing Giveaway donations had swelled throughout the church.

YORK—Bags and boxes of clothes already started accumulating at East Hill Church of Christ earlier this week, as donations for the church’s biannual Clothing Giveaway poured in.

The event is in its 29th installation. Free clothing, shoes and bedding for adults and children will be given away – so much of it that coordinator Kim Tandy had to draw maps directing volunteers what clothing goes where. Between the maps and having the drive twice a year, Tandy said things run smoothly. “We’ve been doing it long enough that people just know what to do,” she said. “There’s not much directing.”

Tandy’s daughter, Ellee, has grown up with the drive, and witnessed it grow. “Mom said once we’d never leave the fellowship hall,” she said. “Then she said we’d never get into the auditorium.” They have.

“All of the shoes were in one corner,” Ellee said. “Now they’re their own continent.”

For the past five years, Ellee and her friend Julie Tremaine have been in charge of their own section. “You see all of these kids running around, and at one time that was us,” Ellee said.

“The fun thing about the clothing exchange is that it’s so intergenerational,” Kim said. “Sometimes we have three generations of one family here. When grandmas are working beside kids that’s always fun.”

Kim said the event has no shortage of volunteers, which number 40-50 people. “Our volunteer situation is really good,” she said. Those volunteers get plenty of clothing and accessories ready for a big crowd; an estimated 1200-1700 people end up walking through the church’s doors to choose from the carefully-organized wearables.

Within the first 15 minutes, 125-150 patient bargain-hunters come to the drive after being in a line winding around the church and down the block. The church’s doors will be open to “shoppers” Saturday, Oct. 12 from 8 a.m. until noon.