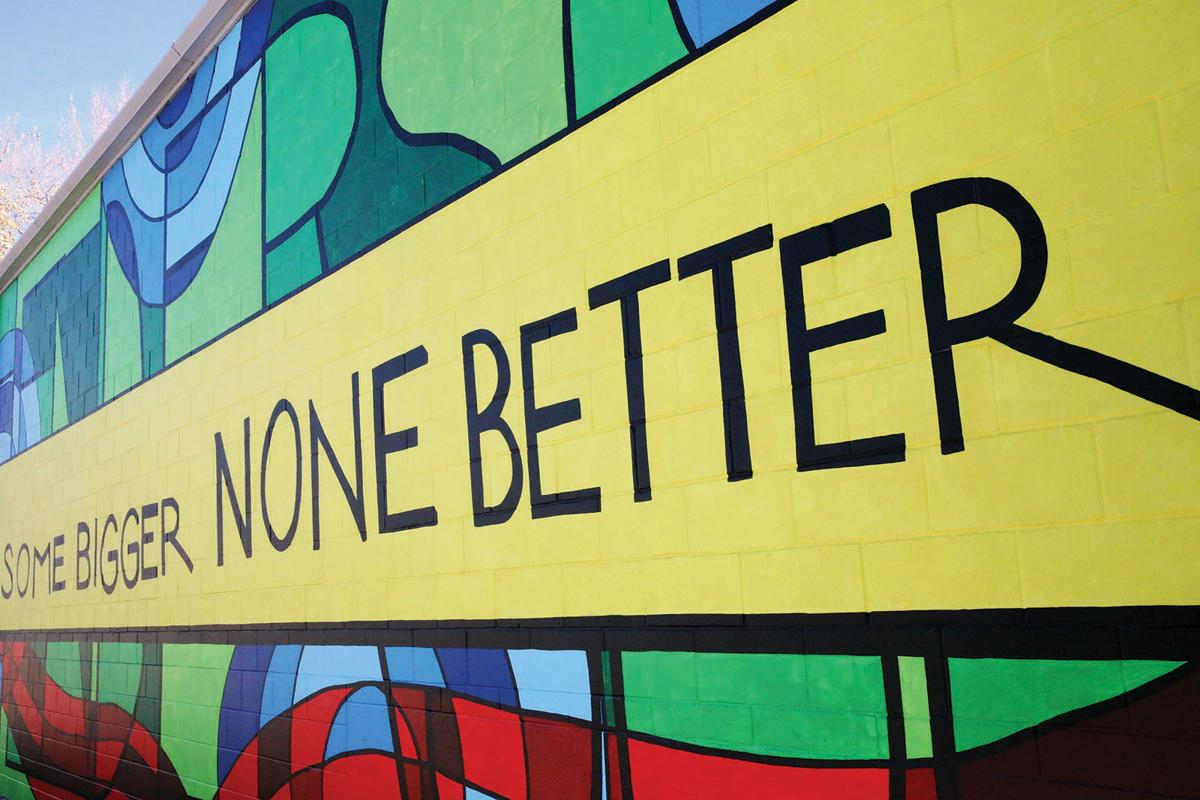 A vibrant new mural adds extra pep to downtown Henderson. The beautification project involved the entire community, and was even painted by an artist with local ties. 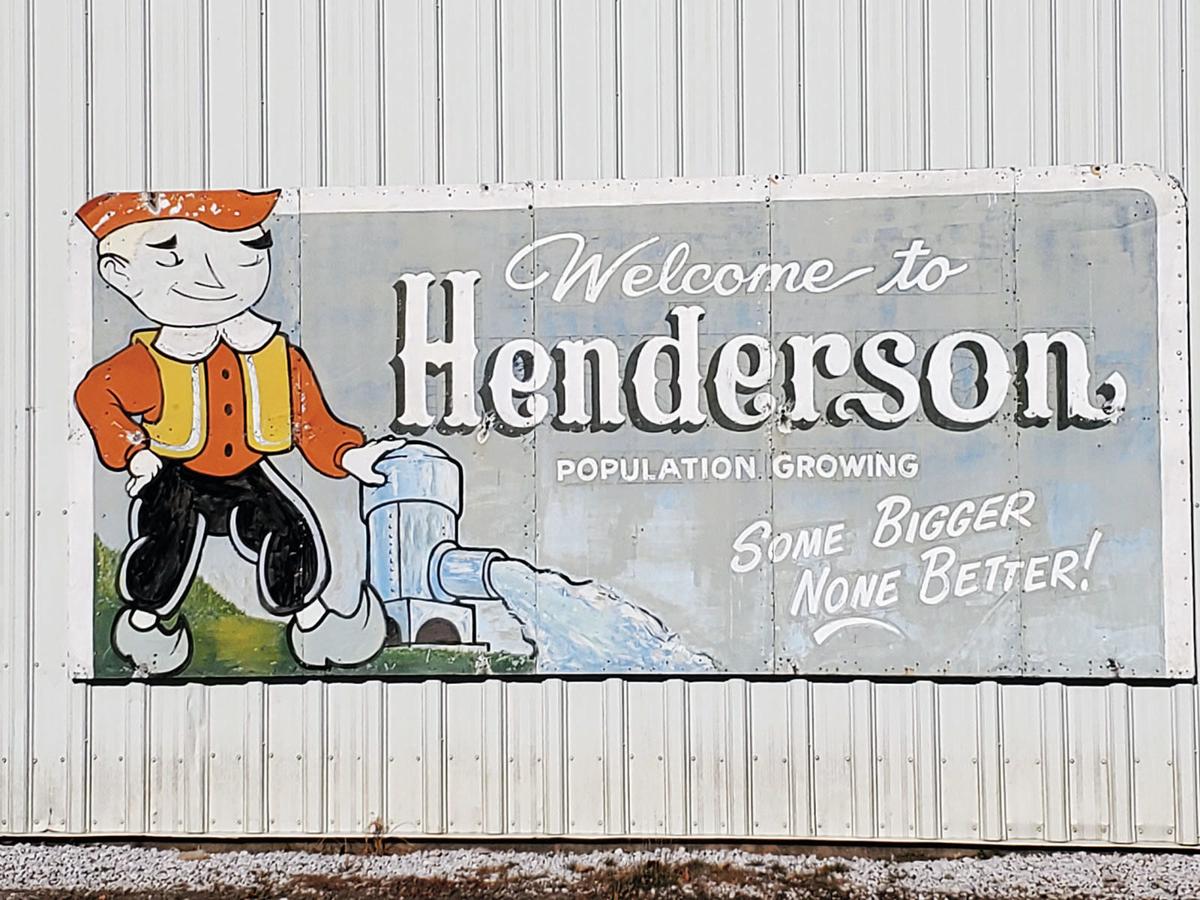 A bit faded and worn, Henderson’s old welcome sign’s sentiment “Some bigger, none better” will never wear out.

A vibrant new mural adds extra pep to downtown Henderson. The beautification project involved the entire community, and was even painted by an artist with local ties.

A bit faded and worn, Henderson’s old welcome sign’s sentiment “Some bigger, none better” will never wear out.

HENDERSON — There is a vibrant splash of color on Front Street and Main Street in Henderson, thanks to a new mural celebrating the community.

The conversation about community beautification started because of York County Development Corporation (YCDC) and Marketing Hometown America (MHA) Forum 2016; the forum encouraged groups – study circles -- from across the county to create goals for both their community and the county. It brings trained coaches that facilitate educational programming, focused on mobilizing communities to take on projects that better their town.

Eventually, the citizens of Henderson decided on a mural celebrating their community. The City of Henderson financed part of the project, with help from a Nebraska Arts Council Art Project Grant.

Fittingly, artist Ann (Friesen) Williams, a graduate of Henderson High School, was selected to bring the mural to fruition. York College students screened applicants, all with ties to Henderson. The Henderson City Council had the final say, and chose Williams.

The process continued, as Williams submitted sample murals to the Henderson City Council, who picked four designs for the citizens of Henderson to choose from. In a summer 2018 citywide vote, a design was chosen.

The mural borrows a saying from an old Henderson sign: “Some bigger; none better.” The old welcome sign had become weather-worn over the years, the smiling Dutchman and his irrigation pipe fading. In keeping with tradition, the old sign was saved.

The new addition to downtown hit a snag late 2018: the wall where the mural would go needed modifications to help sustain the mural. Henderson Co-op was in control of the building, and had signed on with the project. As the Henderson Co-op/Central Valley Ag merger progressed, the project came to a pause. Following the completion of the merger, CVA helped move the project forward, tuck pointing the wall.

Williams got to work, calling on her large-scale artwork experience, working diligently on her hometown’s vision. She very recently completed the colorful creation, which is now a bright focal point on Front Street and Main Street.