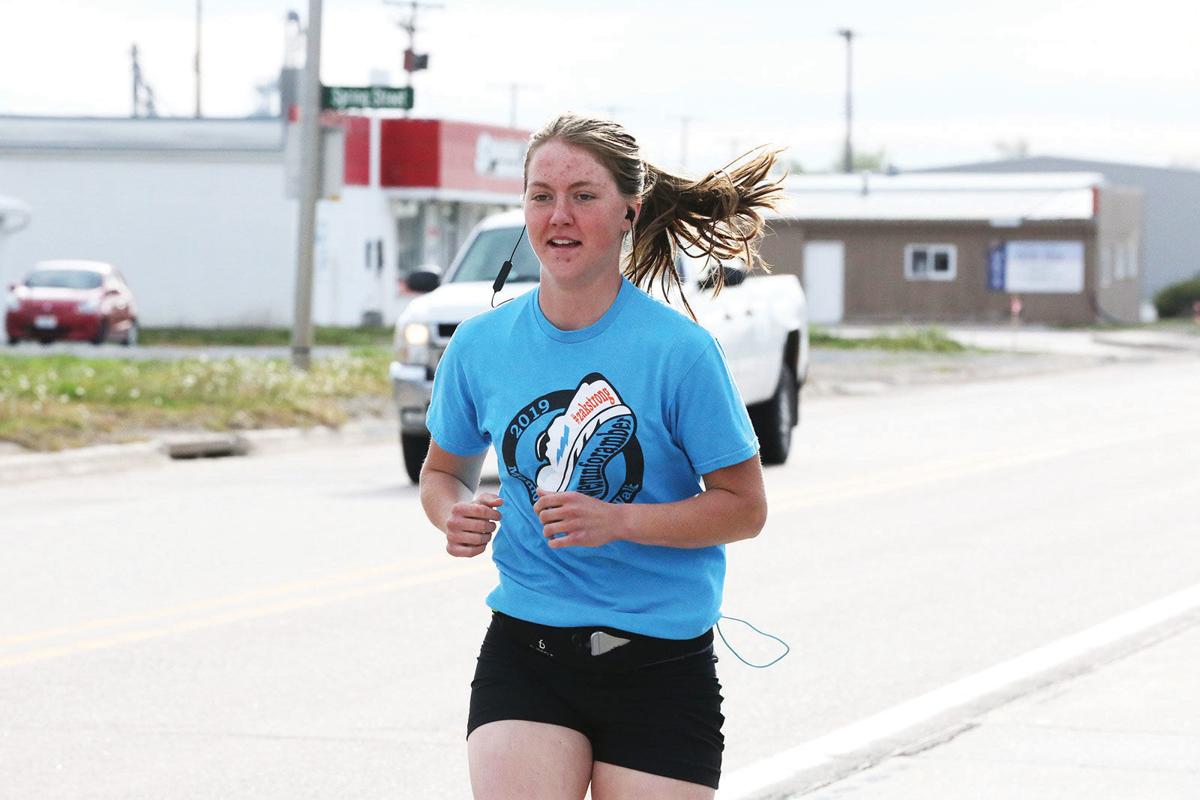 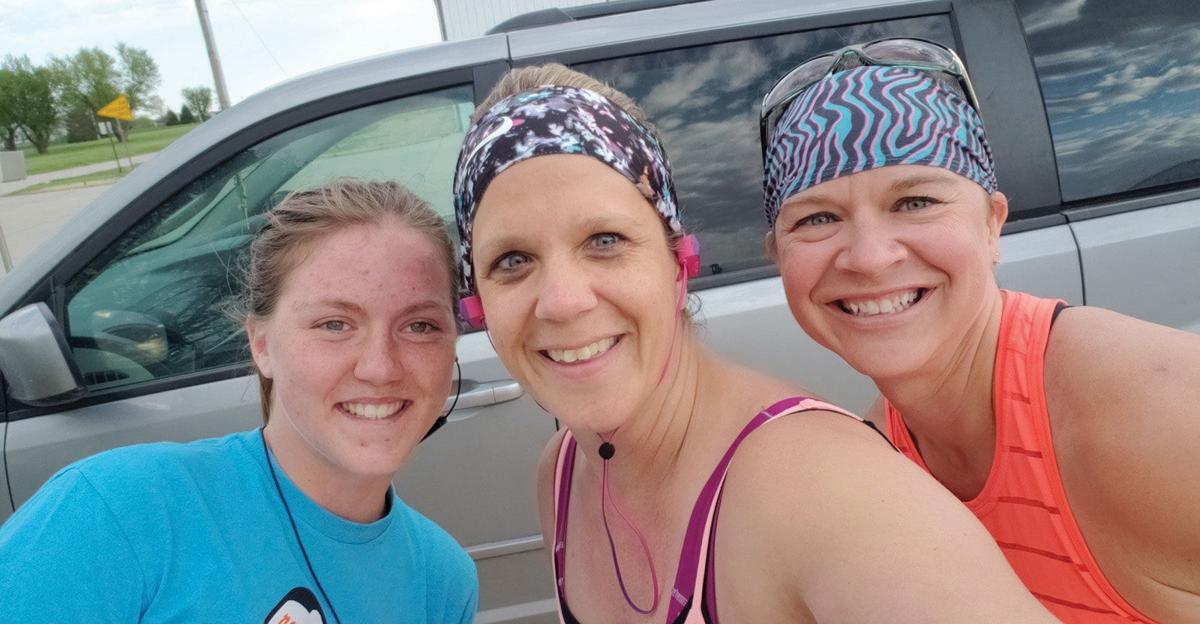 Kelsey Bigelow, Diana Krupicka and Allison Petersen pause for a photo before starting their remote Lincoln Marathon and Half-Marathon, taking them down Highway 6 headed west. 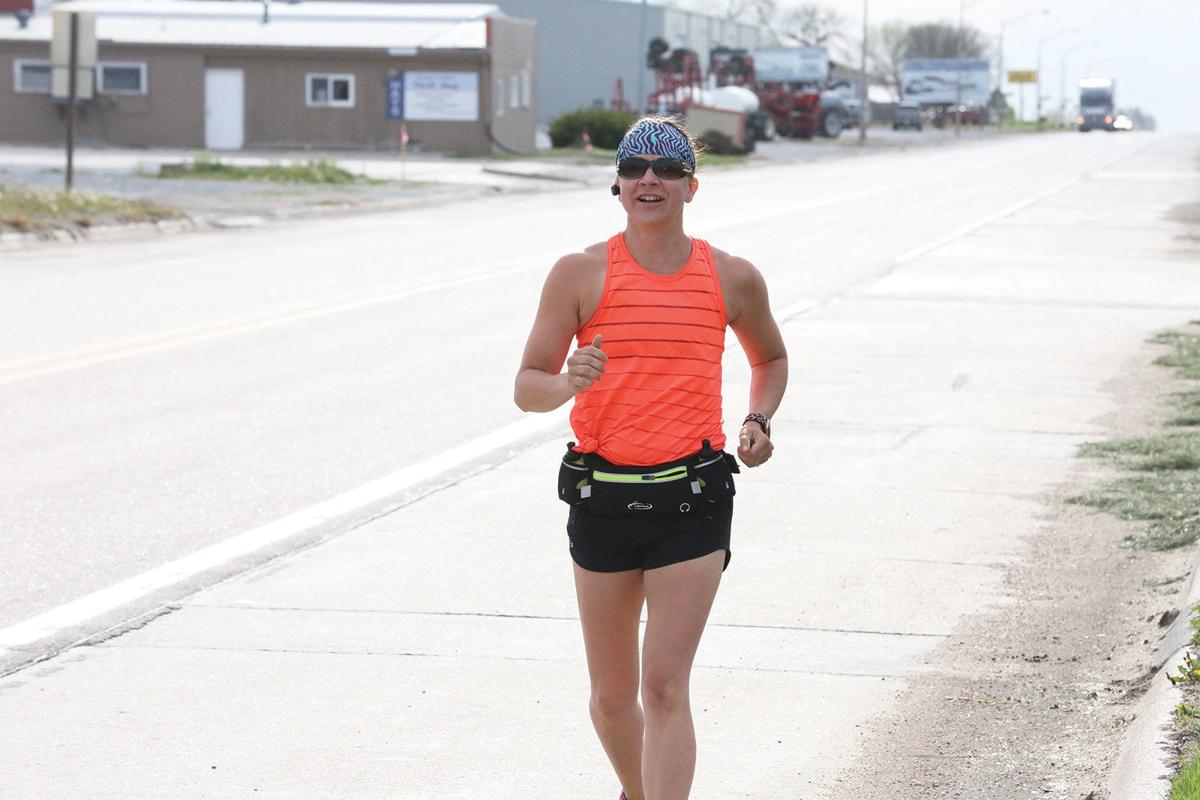 Allison Petersen pounds the Friend pavement as she embarks on the remote Lincoln Marathon and Half-Marathon. 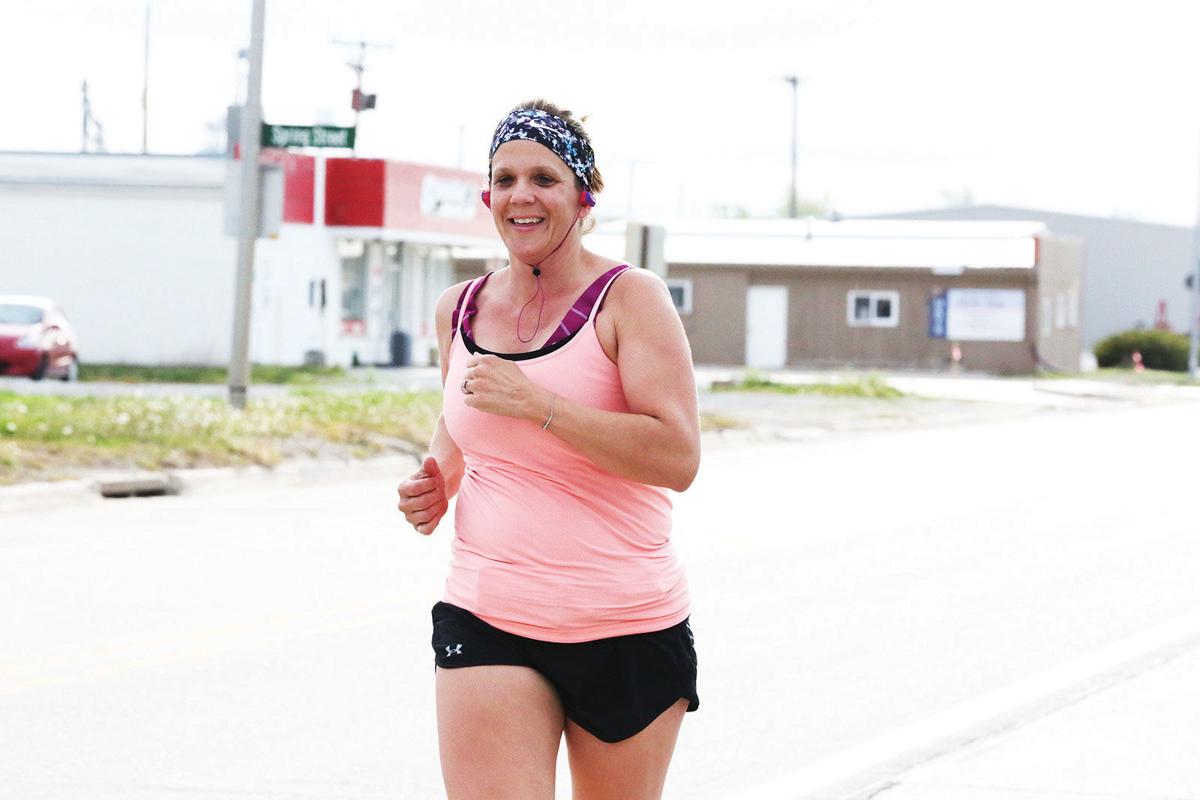 Diana Krupicka runs the remote Lincoln Marathon and Half Marathon. Krupicka and run buddies Kelsey Bigelow and Allison Petersen decided to start their run in Friend.

Kelsey Bigelow, Diana Krupicka and Allison Petersen pause for a photo before starting their remote Lincoln Marathon and Half-Marathon, taking them down Highway 6 headed west.

Allison Petersen pounds the Friend pavement as she embarks on the remote Lincoln Marathon and Half-Marathon.

Diana Krupicka runs the remote Lincoln Marathon and Half Marathon. Krupicka and run buddies Kelsey Bigelow and Allison Petersen decided to start their run in Friend.

FRIEND — Marathons are often celebratory, in a way congratulating runners for training tough.

“There’s a whole atmosphere around running and actual run,” said Milligan running enthusiast Diana Krupicka. So when the Lincoln Marathon and Half Marathon were cancelled, Krupicka and fellow area runners Allison Petersen and Kelsey Bigelow were disappointed.

“I was very bummed,” Bigelow said. “It was my motivation every week.”

The Lincoln Marathon and Half Marathon are organized by the Lincoln Track Club, and executed by a fleet of volunteers. Organizers, aiming to keep their participants safe from the coronavirus, anticipated runners’ dismay and came up with the idea to have a Lincoln Marathon and Half Marathon Virtual Race. “The fact that they cancelled the race was very disappointing, but I’m really happy we were still given the chance to run,” Krupicka said.

The event was originally slated for May 3, but a time period was established for runners to complete their own virtual marathon or half-marathon. “You really had your choice of who, what, when, where and how,” Krupicka said. Elements like weather and terrain were considered by the women when they planned their route: down Highway 6 from the east side of Friend to several miles west of Exeter. “It was the perfect day,” Petersen said. “It was overcast and the wind was at our backs.”

Krupicka and Petersen, who hails from rural Exeter, had already begun training when the announcement was made. Petersen, who had run a half marathon before, already knew how important the run itself can be. “I feel like the actual half marathon is a celebration of your training.” Petersen endured 210 miles of training. “I pretty much hate 90% of it,” she joked. “It’s a competitive thing with myself.” Having Krupicka in the same shoes gave it another plus, Petersen said. “It’s really strengthened our friendship. It’s been fun to get to know each other that way.”

A few weeks into training, Krupicka discovered Bigelow, a Milligan resident, was signed up to run the half marathon, too. Krupicka reached out via text message, and asked Bigelow if she’d be interested in running the virtual half marathon with her and Petersen. Bigelow’s response? “Absolutely.” Petersen said she was glad Bigelow joined them. “I was so excited to have another person running with us.”

Bigelow, who describes herself as “very competitive,” admitted she didn’t do much training in addition to her regular workouts. “I ran once a week; other than that, I didn’t train much,” she said. Bigelow had been hesitant to go forward virtually. “Even up to the week before I wasn’t sure I was going to do it,” she said. It was Krupicka and Petersen being in it with her that helped keep Bigelow in the race. “It was my time to bear down,” she said.

Intense training or no, motivating one another was a key component to their preparation, Krupicka said. “We kind of did the whole buddy system. We were each other’s cheerleaders and accountability partners.”

Along the route there were other cheerleaders. Bigelow’s family provided several water stations along the 13.1-mile route, and the family of Cordova residents Bernie and Kathy Stych had their own cheering section. Passers-by also honked and cheered out of their vehicle windows. “Those fans were definitely my motivation to keep running,” Bigelow said. “In between fans I was thinking, ‘I wonder where the next group of fans will be.’”

Krupicka said fellow runners’ support and presence affects her performance. In a typical marathon or half marathon, she said, runners of the same pace stick together – as a result forming a bond with their fellow runners. Not being able to gauge speed through fellow competitors affected her performance, Krupicka said. “I didn’t feel like I had a good pace. My last 3 – 3 ½ miles were pretty grueling.” Even so, Krupicka kept the true goal of a marathon in her mind. “These aren’t races; they’re about finishing.”

At the finish line, the three were congratulated by friends and family. “I just about cried,” Petersen said. “I was so grateful for people to come out and support us. Finishing is like the endcap to your training.”