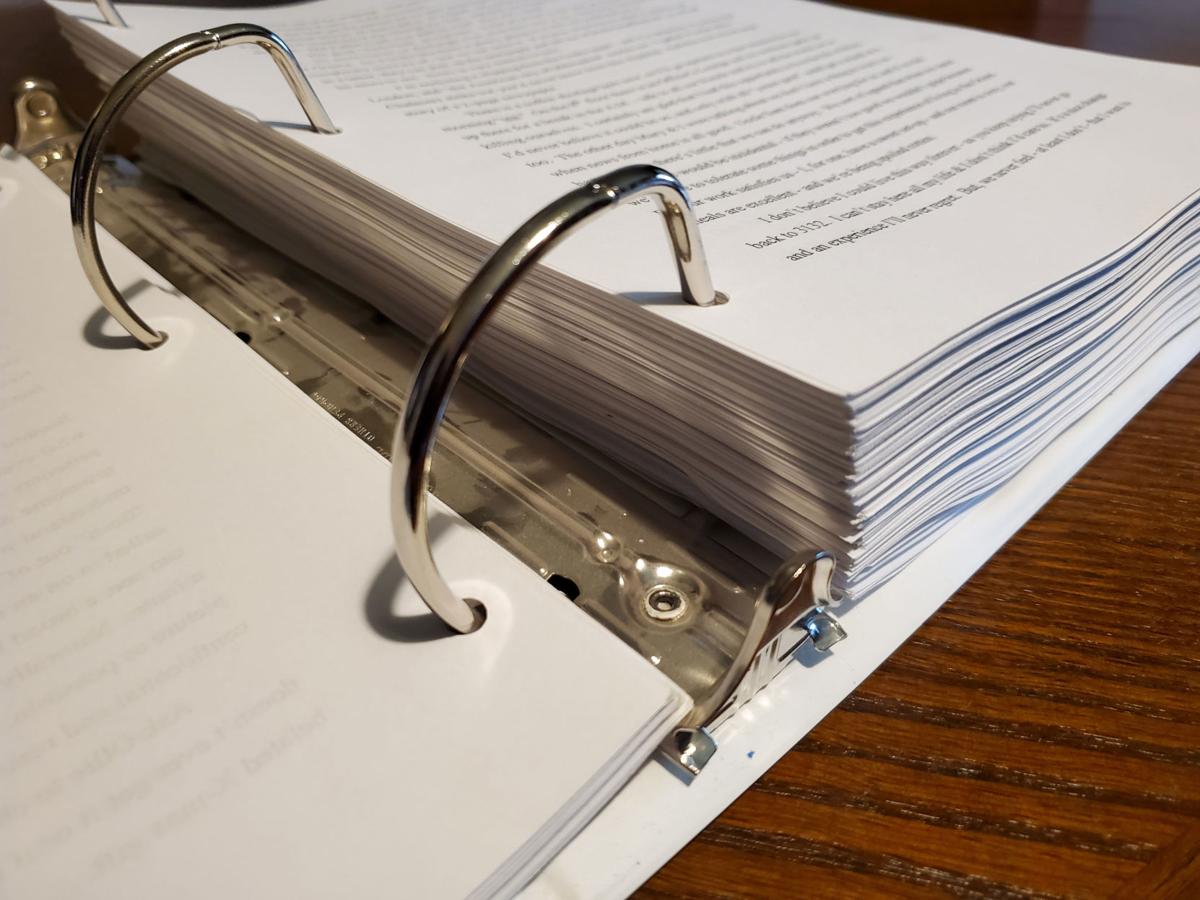 After months of retyping the letters of Betty “Betts” Ryan documenting her time in Occupied Japan, the result is a thick binder of her wit and wisdom. 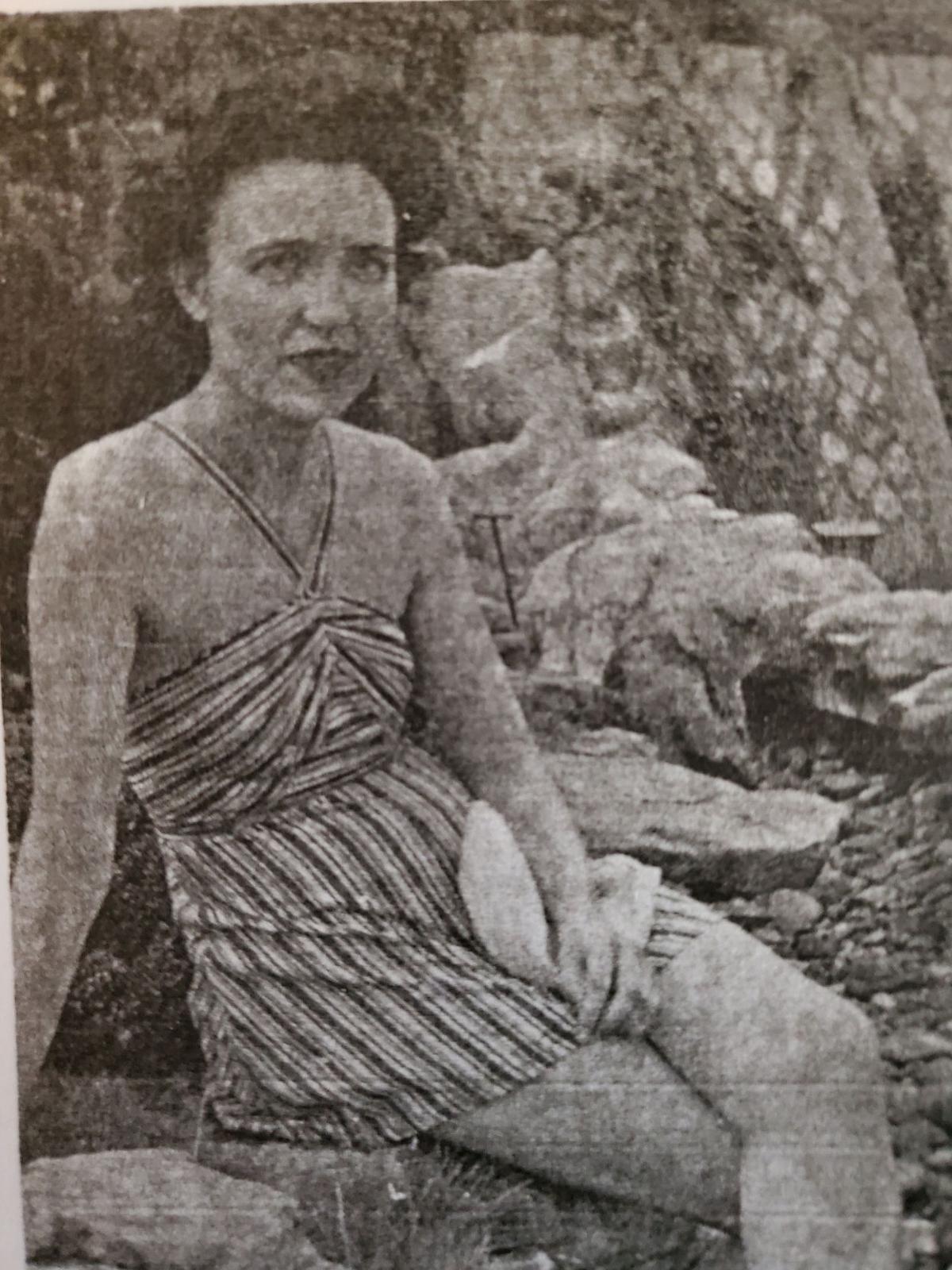 This photo, from the collection of letters written by Betty “Betts” Ryan, is but a small part of a mass of Ryan’s letters home, detailing her experiences in Occupied Japan.

After months of retyping the letters of Betty “Betts” Ryan documenting her time in Occupied Japan, the result is a thick binder of her wit and wisdom.

This photo, from the collection of letters written by Betty “Betts” Ryan, is but a small part of a mass of Ryan’s letters home, detailing her experiences in Occupied Japan.

"I couldn’t pass it up.” Ken Alley, upon receiving the message offering old military memorabilia, knew he had to have it.

After a conversation with a woman answering his call for books in the Advantage, the treasures were his.

It was conditional, however: “I couldn’t just take what I wanted, but had to take it all,” he said. “That was OK with me.” Two Chevy S-10 truckloads later, Alley realized he had his work cut out for him. Alley’s “work” however, would be a welcome exploration.

Little did he know.

“’What am I going to do with all this?’” Alley recalled asking himself. Not to be intimidated, Alley got to work. The stacks of letters – typed on whatever paper the author could find – sat on the shelves of his used bookstore for months as he rifled through things that seemed a bit more interesting – uniforms, medals…. Finally, he got to the stack of letters.

Betty “Betts” Ryan, a Milwaukee, Wis. native, had written scores of letters to family, detailing her and friend Mary Sears’ adventures in Occupied Japan. Ryan was Sears was an Edgar, Neb. native, who had died in 2003, had saved the letters given to her by Ryan – who, by all indications, was her best friend. The letters begin in January 1947, when the friends embarked on their adventure, starting in Seattle. Ryan was 31 and Sears 29. The women’s journey across the Pacific was more than they expected; two weeks took a month full of boredom, sea sickness and the threat of a Scarlet Fever quarantine. Through all of this, until the letters end in July 1948 (when the women headed home) Ryan adeptly describes the smells, tastes, sights, feelings and ruminations of the women’s adventure. She did so with humor, describing the smell of Japan’s streets (she said she “couldn’t breathe for blocks”) and the gusty wind (“It’ really windy in Kobe today, and not from anything I [ate] either!”).

Alley was enthralled by the crudely-typed correspondence, and decided the fragile letters needed documentation. So, Alley retyped them. All 1,000 of them.

“I’d do it again in a minute,” he said. It took Alley several hours a day for several months to type out all of Ryan’s letters. He eventually put the newly-typed pages – over 500 of them – into a thick binder, and christened his work “Love, Betts… Letters Home From Occupied Japan.” The forward was written by none other than Sears’ niece Tamerra Sears Pauley.

Ryan’s contract in Japan was as a court reporter for the U.S. Army Inspector General, and she includes thoughts and information about the cases they encountered. Alley’s work is considered by experts as a unique window into a kind of life little-documented. So much that 2008 The Japan Times ran a series on his compilation, and a professor from Japan is including Ryan’s letters in her academic research.

“There are few historical materials like this written by young (American) women at that time. I was surprised by the volume (of her letters),” Akiko Okuda, a lecturer at Otsuma Women’s University in Tokyo, told The Japan Times. Okuda is well-versed on the 1945-1952 Occupation.

“The letters are interesting because they tell a lot about how an ordinary American woman at that time felt about Occupied Japan, being exposed to a totally different culture,” said Fumio Fukunaga, professor at Dokkyo University and an expert on the Occupation – also as told to The Japan Times.

Alley said he recognized the historical importance of Ryan’s letters, and that Ryan’s brutal honesty, humor and compassion kept him reading – even when he was finished typing for the day. Still, he casually said, it’s sort of another day in the life of a used bookseller.

“I run into all kinds of things.”