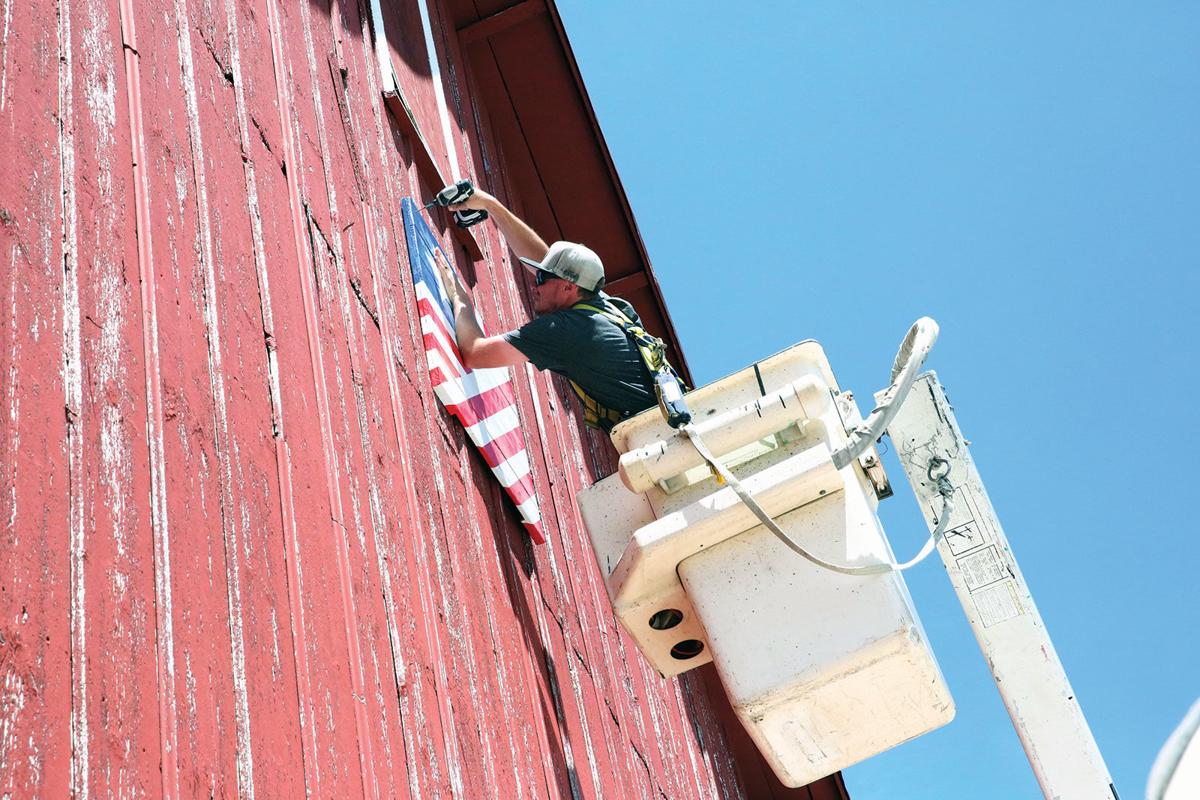 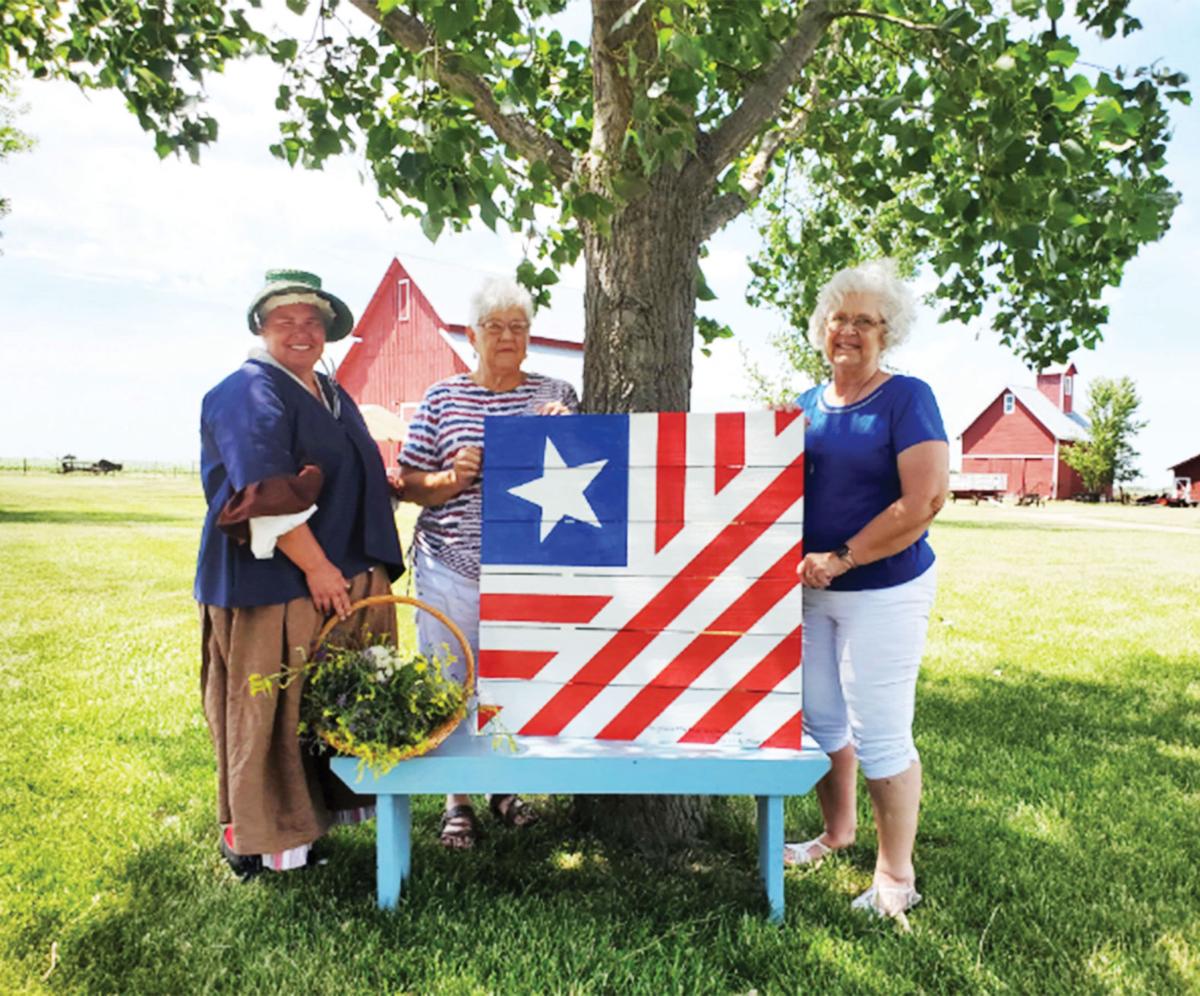 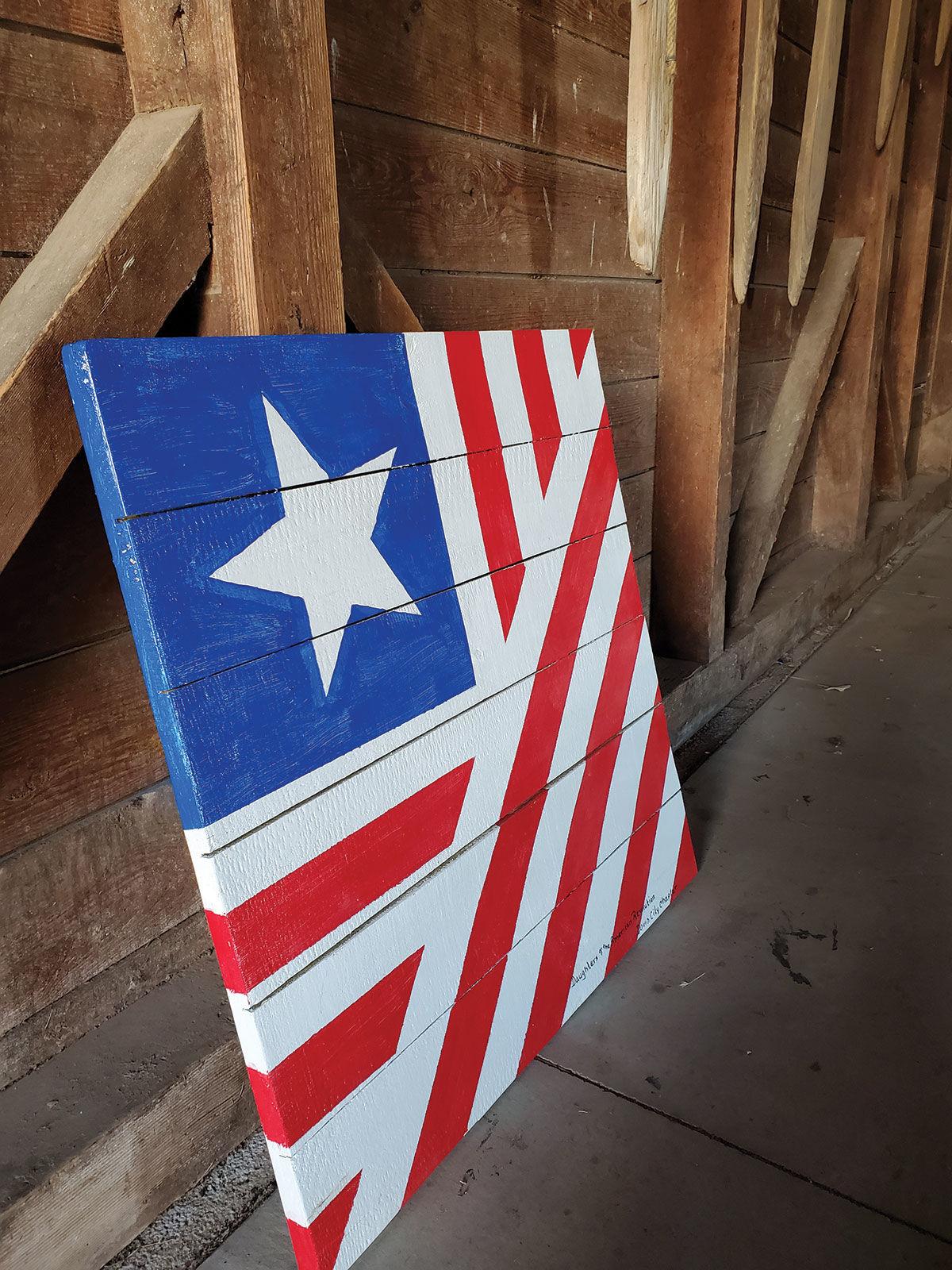 David City Chapter National Society Daughters of the American Revolution (NSDAR) presented a patriotic barn quilt to the farm, which will greet people on the front of the Wessels barn. “There it will be visible to all visitors of the farm,” said Vicki Northrop, Wessels Living History Farm Director. The statewide endeavor was launched by NSDAR State Regent, according to Anita Savery, David City Chapter Regent. “The goal was to have patriotic barn quilts across the state,” Savery said.

The red, white and blue giant quilt block was painted on a base made of fence board. Barn quilts are large, square pieces of painted wood designed to look like a single quilt block. Typically barn quilts are composed on plywood backed with support. Quilt creator Sherita Harlow, David City Chapter NSDAR Secretary used fence board to better match the style of the farm. “When I found the design on Pinterest, I found out someone out west did the same thing,” Harlow said. “I thought, ‘How can I make mine a little different?’”

Barn quilts are most often hung on the sides of barns (hence the name), but can go on just about any building. There were several locations in the David City Chapter’s membership area considered for the barn quilt, but Savery said Wessels made the most sense. “Because our members are spread out it seemed like a good place to put it,” she said. “We’re kind of an eclectic chapter that comes from different places.”

Harlow said Wessels prominent location lent itself to hosting the quilt. “Every chapter in Nebraska was to have a barn quilt made visible to the public,” she said. “We thought that would be a place that would get some visibility.”

“This is one more piece of history that we can add to the farm and learn from,” Northrop said, adding: “And it was created with care.”

A day in the life of a local healthcare employee

The Test: Being screened for COVID-19