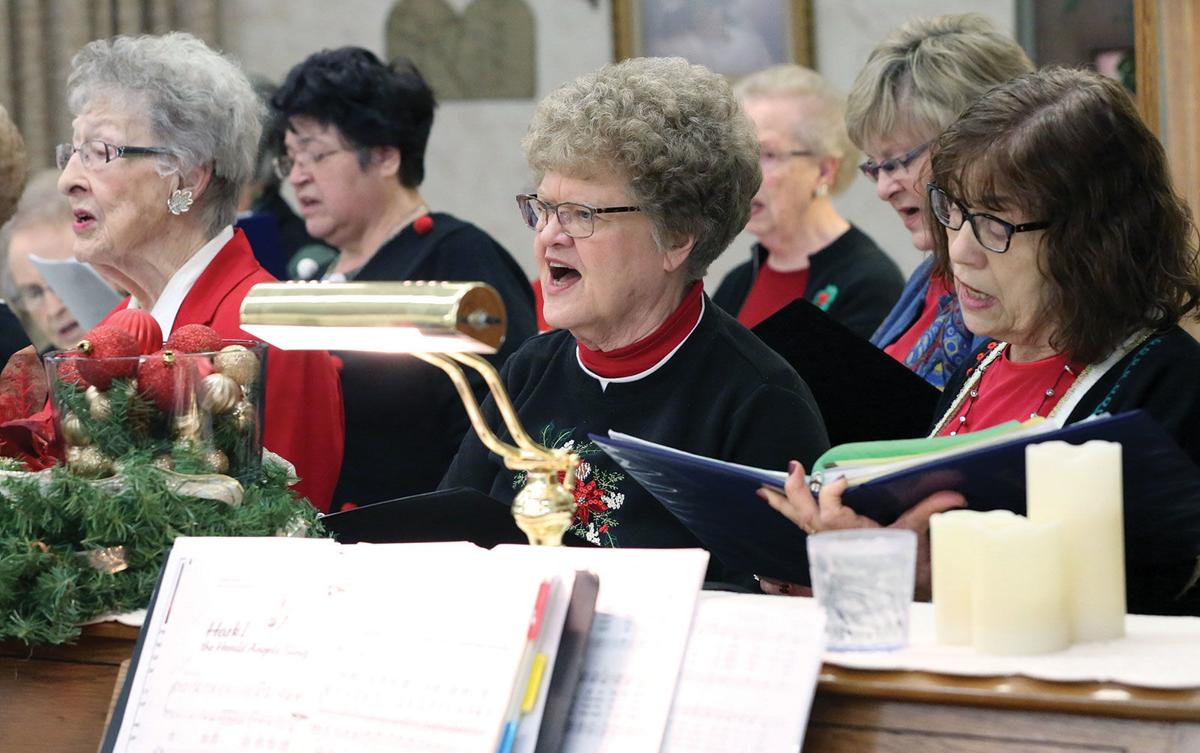 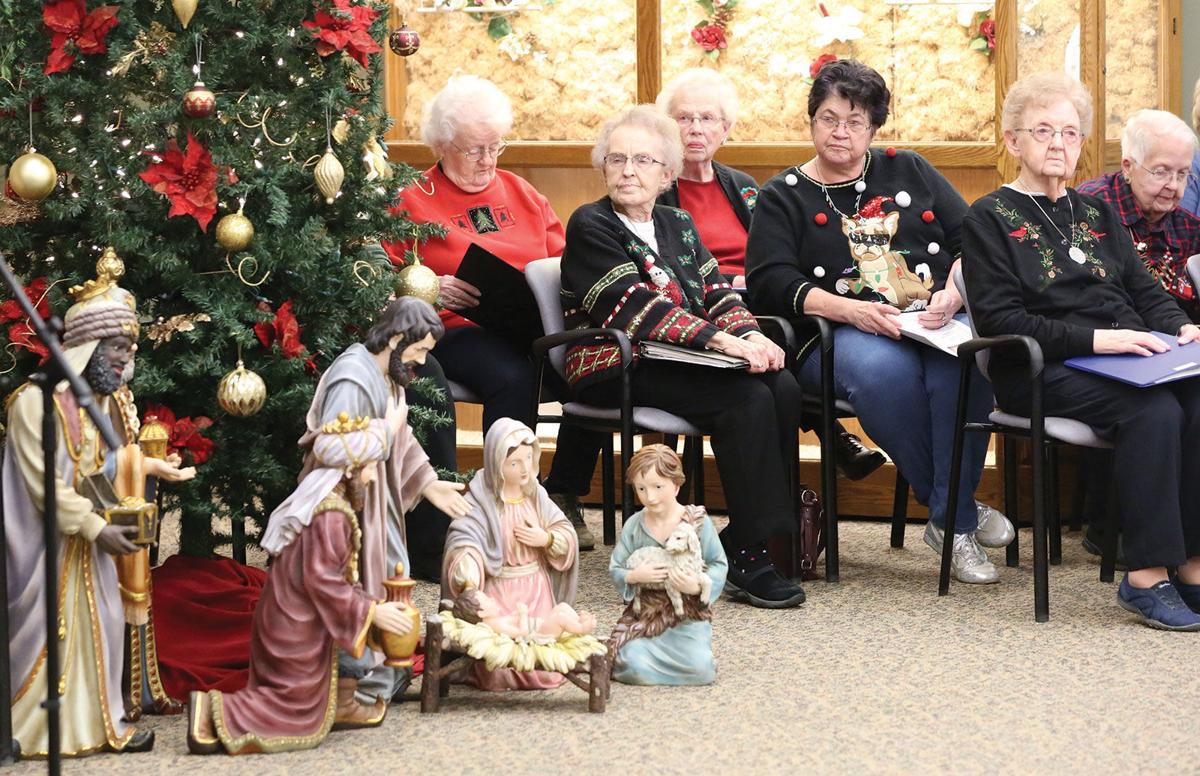 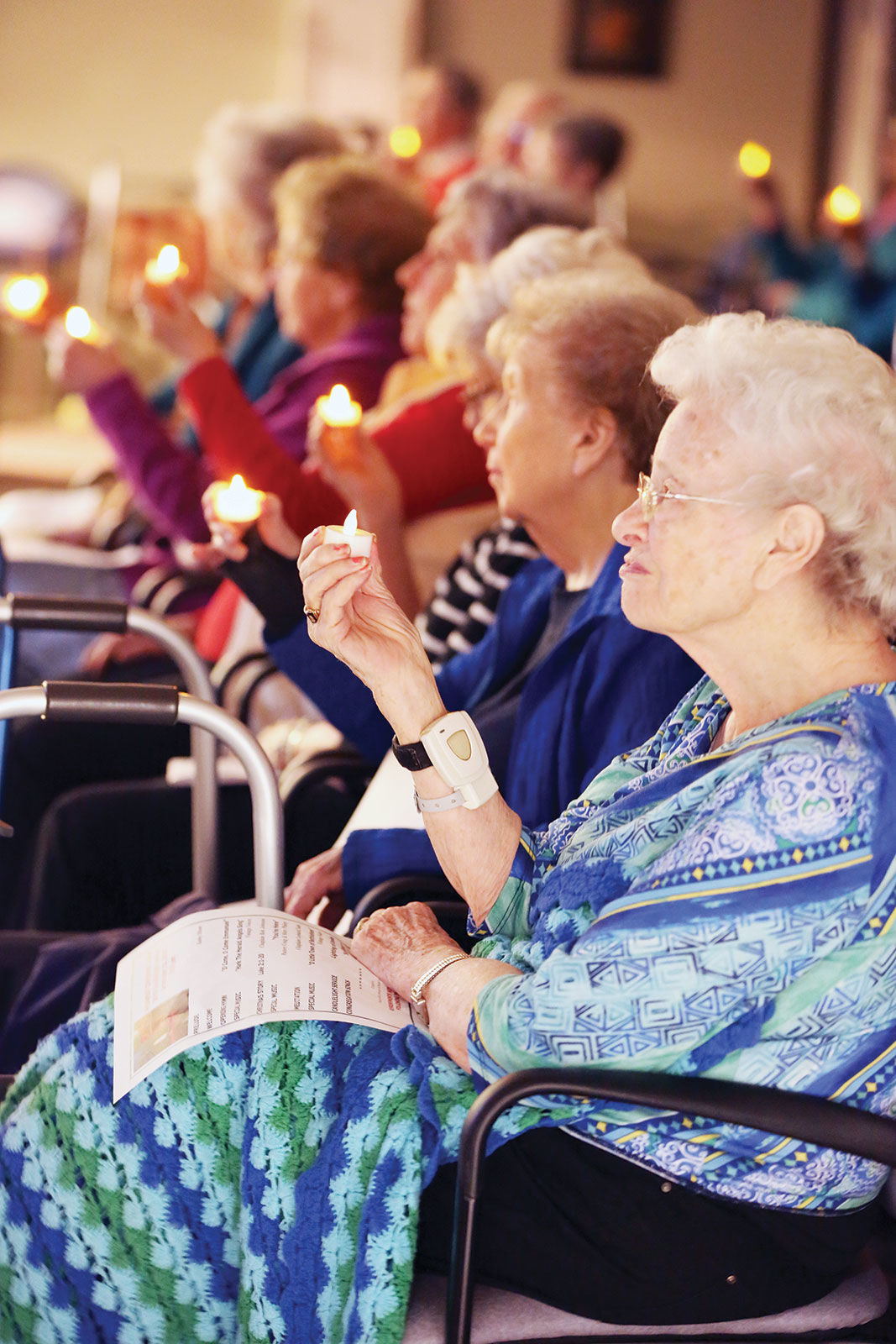 Vintage Voices started years ago when group organizer Judy Beatty watched a news report about older men and women singing together. Beatty said she and her boss at the Stromsburg Senior Center decided the community needed its own version; a notice was put up in the Stromsburg Senior Center, and Vintage Voices came to fruition. “We had scads of women sign up,” Beatty said.

The more the merrier, Beatty said; interested singers should contact any of the Vintage Voices singers or inquire at the Stromsburg Senior Center. “We’ll welcome them with open arms.”

Since its beginning, the tight-knit group has flourished, at one time even having a rhythm band. Through the years the women have shared their musical talents around Stromsburg and beyond, whether through hymns or patriotic tunes. Beatty said Vintage Voices particularly enjoys performing patriotic music. “Any time we can give a patriotic program, we do,” she said. “We always sing at the Cross County School Veteran’s Day program.”

The choir has also performed at area nursing homes, senior centers and churches – and even at a funeral. “We’ve traveled all over,” Beatty said. “I think a little music helps everybody.”

The very fellowship of being in the group helps, too, said Vintage Voices singer Beverly Ericson. “We just have lots of fun singing – it’s some fun parts of our lives,” she said. “It’s a good way to stay acquainted.”

And to stay active, even in their golden years. “Some of them are in their nineties, up and going,” Beatty said. “We also have two or three ladies that are younger who step in and help us,” she added. “We’re grateful for that.”

Beatty said that the active, talented women of Vintage Voices bust the myth some have concerning age and singing. “You hear someone say, ‘I’m too old; I can’t sing anymore.’ That’s baloney.”