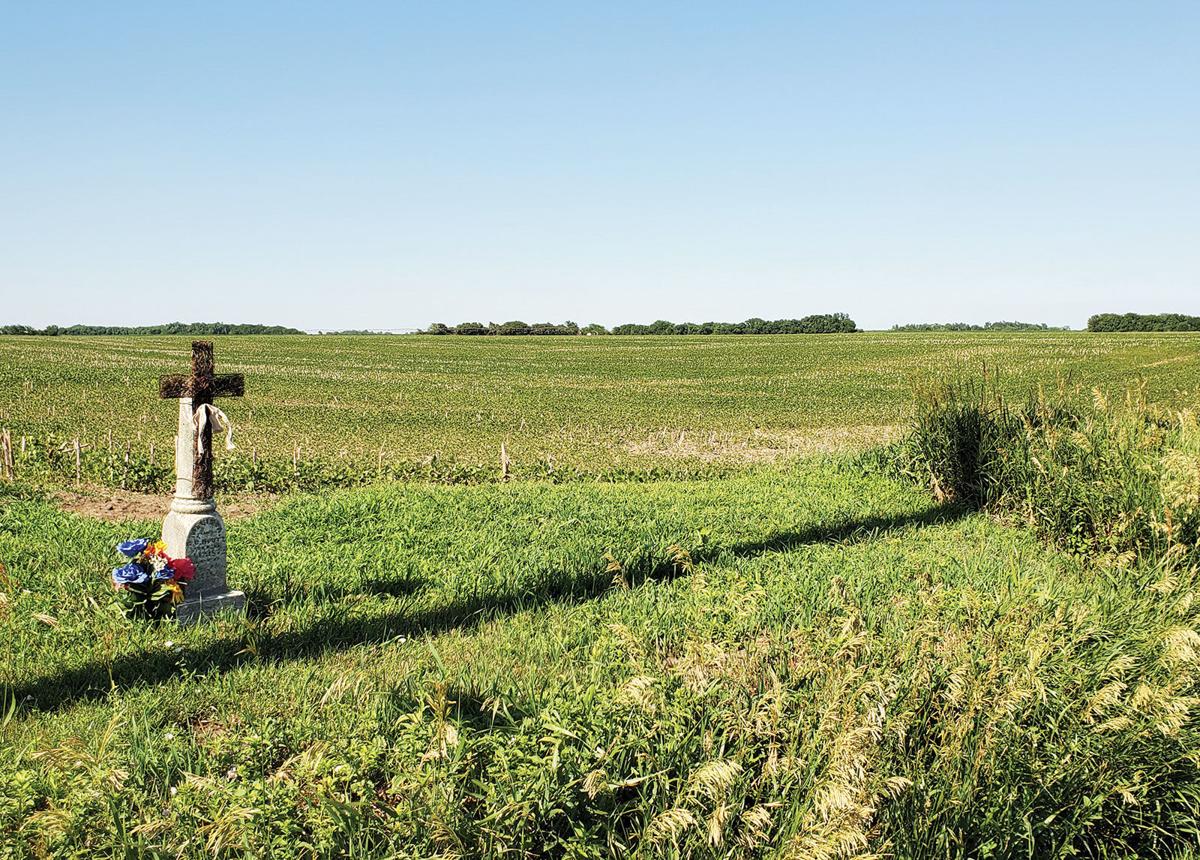 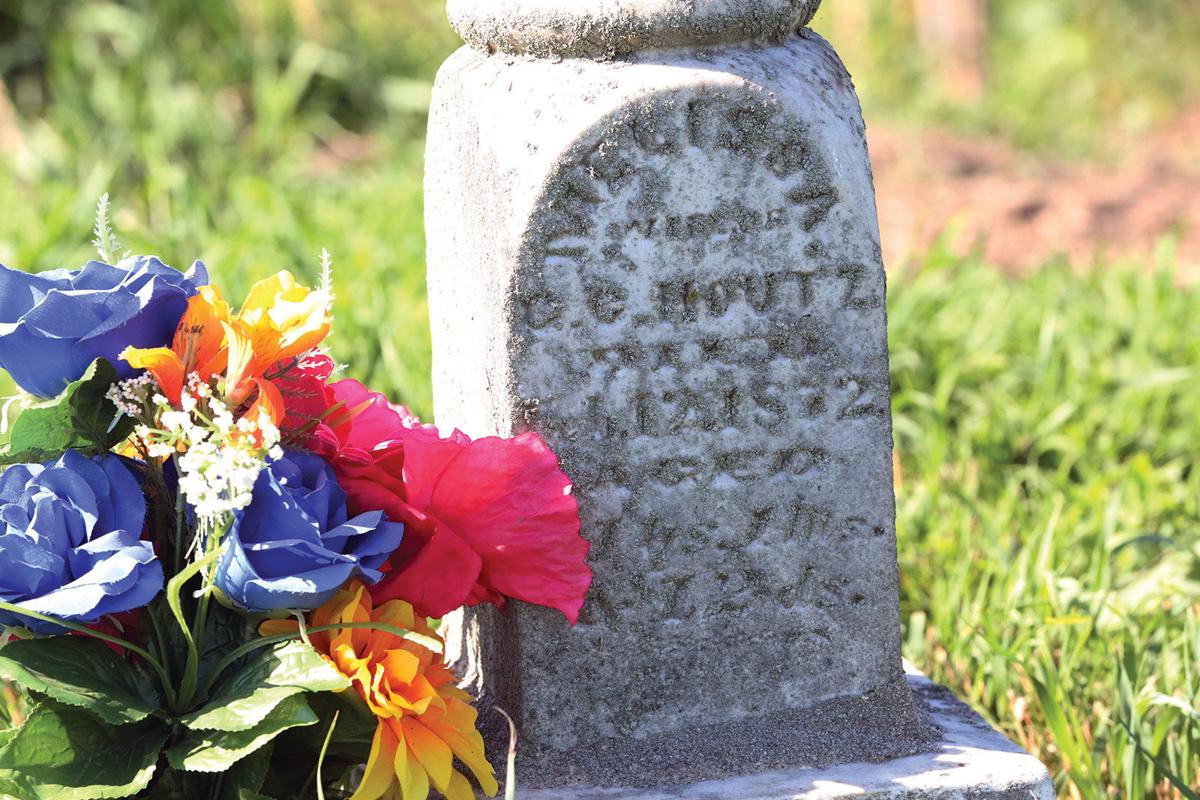 The final resting place of Melissa Isabelle Houtz is a conversation piece in Exeter, the lone grave resting on the corner of Fillmore County Roads I and 22, in Liberty Township.

The final resting place of Melissa Isabelle Houtz is a conversation piece in Exeter, the lone grave resting on the corner of Fillmore County Roads I and 22, in Liberty Township.

EXETER — The morning bus ride to school was usually Zen.

I stared out the window, my eyes following the barbed wire lines bobbing up and down between wooden posts, mentally preparing for the upcoming day (because third graders have a lot to mentally prepare for).

As the bus moved section after section every school day, I got to know the terrain surrounding Exeter well. There was one thing that intrigued me throughout my years riding the yellow school bus to Exeter Public School. In Liberty Township, on the corner of Fillmore County Roads I and 22, there is a lone grave, quite close to the ditch. As the bus and the seasons passed by, sometimes the tall grass partially obscured the upright stone and the faded silk flowers an anonymous kind person laid beside it every Memorial Day. Having the soul of a writer even then, I imagined whose body lay there. Surely it was one of the early Exeter settlers; but was the monument for a child? An adult? How did they die? Why weren’t they buried in Exeter Cemetery?

As I grew older, I still thought about that grave occasionally. I wanted to know the story of the person whose body lies there, and whose soul has wafted away to wherever souls go.

Melissa Isabelle (Giles) Houtz was 31 years, one month, and 12 days old when she died. It was February 1872; Exeter was but a settlement -- just another name on the vast prairie. Melissa and her husband, Charles C. Houtz, had traversed to the area from Vinton, Iowa in their covered wagon, milk cows in tow. Soon after their arrival in Liberty Township in 1872, a daughter, Rosa Ellen Houtz, was born in the covered wagon they were living in. But a short time later, Melissa died.

Melissa was Charles’ second wife; they were married in 1870. Melissa was previously married to David J. Cook – a “man-hunter” and lawman active in the Colorado area. (Documents suggest the marriage between David and Melissa ended in divorce.)

Heartbroken after his wife’s death, and overwhelmed by years of drought and bad crops, Charles moved on to Shelton, Neb., remarried and life went on.

Since he was a little boy, nearby resident John Becker has cared for the grave. “My dad used to make me mow it all the time,” he said, without complaining. “Hopefully my kids will carry on and take care of it.” Generations of Beckers before him have carried on the tradition of caring for Melissa’s grave. “When we were young, we asked a lot of questions; my grandchildren even ask about it – ‘What happened?’ ‘Who was she?’” As he mows, Becker said, he often thinks of Melissa. “We don’t know that much about [the grave],” he said. “But it’s kind of a conversation piece.” Becker said as many as 25 curious passers-by pause before the stone a year. Some passers-by, however, aren’t curious – just looking for trouble. For years vandals – usually young people – picked up the stone carried it away. Becker said it’s heavy enough they didn’t get far, so searching nearby ditches he found it every time. It got old, though, tracking down the heavy monument, so he mounted Melissa’s stone in concrete.

Holidays like Memorial Day bring an onslaught of flowers to Exeter Cemetery. Weeks later, the leftovers are bound for the dumpster – except for the ones Becker rescues, placing them on Melissa’s stone. Those faded silk flowers.

A 2005 article in the Nebraska Signal details a sort of family reunion of Charles’ and Melissa’s descendants. (If only I would have been there.) Becker met them. “It was a nice service,” he said. Many relatives live in Kansas, and made the trek to visit Melissa’s resting place – a name on the prairie.

Her body in the grave settled on the corner of a section, her soul beyond this earth, enigmatic Melissa Isabelle Houtz will always be considered part of the community; bringing together neighbors who haven’t forgotten one of their own – even nearly 150 years later.

Lighting up the sky: Firecracker Frenzy popular despite pandemic