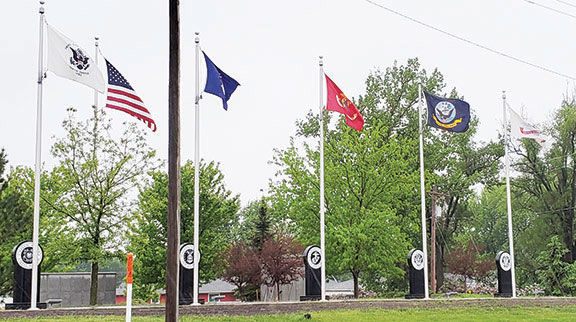 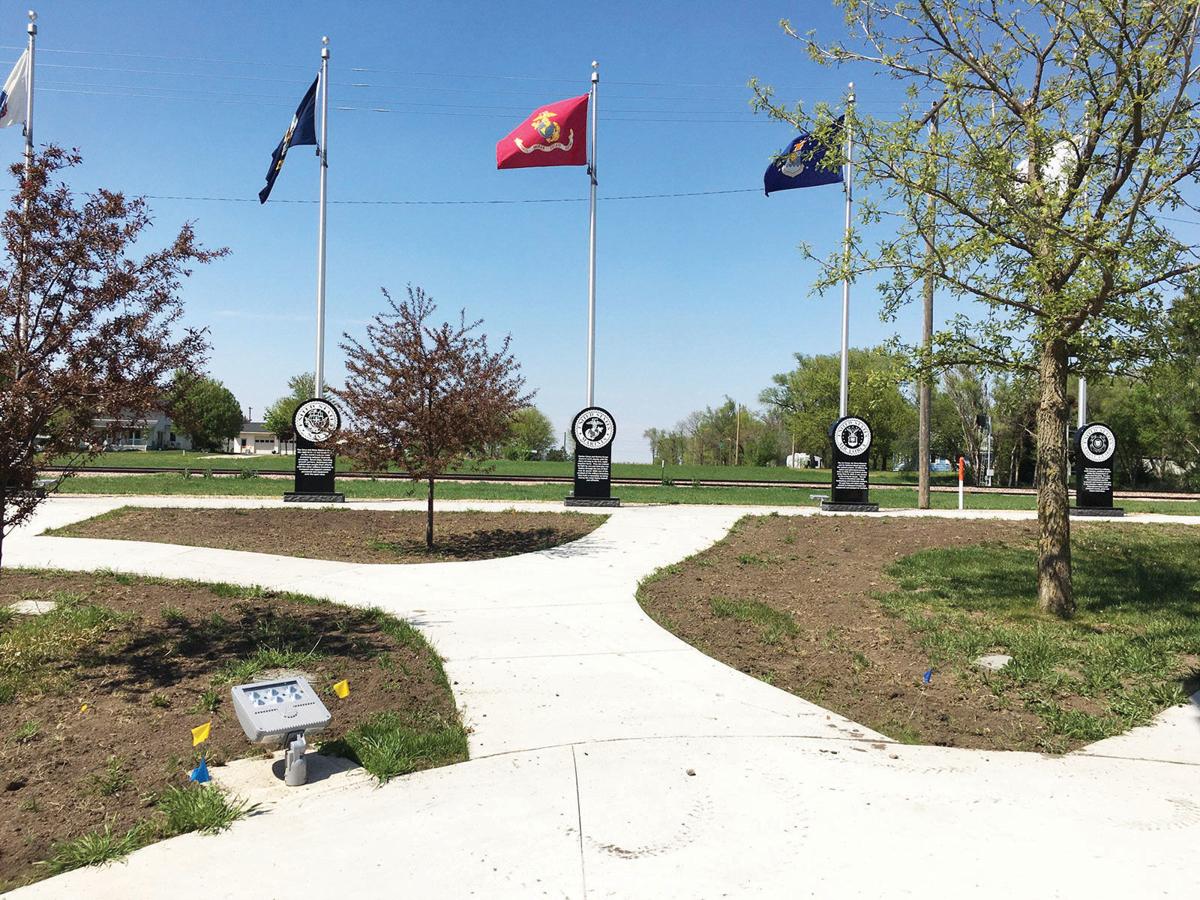 Sidewalks wind through the American Freedom Veterans Memorial in Fairmont.

Sidewalks wind through the American Freedom Veterans Memorial in Fairmont.

FAIRMONT -- The American Freedom Defenders Veterans Memorial located in Fairmont, Neb. started with a dream – a dream to honor any and all Veterans who have served our country.

The lot hosting the memorial – on the corner of Highway 6 and Ninth Avenue in Fairmont – was donated by Jack and Kay Harris of Fairmont. Jack, a U.S. Air Force veteran, told the York News Times in July 2018: “I had been thinking about doing a veterans memorial for the community and surrounding communities for quite some time.”

The memorial -- which broke ground in 2018 – started as a grass-roots community project, but extends its reach far beyond Fairmont. Anyone who wants to honor a special service member can contribute to the project, which is also being approached as an education resource. The American Freedom Defenders Veterans Memorial committee wants to take information about the memorial to schools and other organizations, said Mary Lundberg, American Freedom Defenders Veterans Memorial board member. “We want to bring education into the project,” Lundberg said.

The memorial also serves as a community beautification project. When the Harris’s purchased the property over a decade ago, it was considered an almost unavoidable eyesore as it faces Highway 6 on the east entrance of town.

Now, thanks to the Harris’s and a passionate, dedicated group of community members, the lot is something to be proud of. After years of hard work planning, fundraising and construction, the memorial is getting ever closer to the Harris’s and the rest of the American Freedom Defenders Veterans Memorial committee’s dreams. Completed elements thus far include the service flags and monuments, benches, landscaping features, a wall of personalized tiles honoring Veterans and lighting. Sophisticated black service branch monuments, an entrance monument and donated benches are recent additions to the memorial. The Earl and Jesse Wilkins Foundation footed the bill for the monuments, and the benches were funded by families honoring their Veterans.

Other priority elements that remain on the American Freedom Defenders Veterans Memorial wish list are a battlefield cross, an eternal flame, a water fountain in a serene area, a gazebo and a POW/MIA monument. Military pictures will be etched on the backside of all the three walls -- including a depiction of the Fairmont airbase during its World War II heyday. The reverse sides of the walls will don Veterans’ names on memorial tiles. “There’s a long way to go to accomplish all of our goals on the property site,” Lundberg said.

The project remains fluid in terms of both features and funds. “We don’t really have a specific amount as we view this project as constantly moving forward and adding features as funds allow,” Lundberg said. She said a “perpetual care” fund is also being saved for upkeep.

The continuing sales of personalized granite tiles has been the main source of funding for the project, but there have also been several fundraising events, like a spaghetti feed and Quilts of Valor presentation.

There is still work to be done. “We are going to lay sod throughout the property when weather permits. Sometime in June the granite tiles that have been purchased and donated along with the brick border will be placed on one of the walls,” Lundberg said.

The novel coronavirus has had some effect on the project. “We have fundraising events scheduled for the summer, however given the CDC guidelines and mandates coming from the governor of Nebraska we are unsure of how these events will take place. We want people to follow us on Facebook for updates.” The organizers encourage anyone who wants to honor their special service member to reach out.

A Memorial Day event was planned, but because of the coronavirus had to be scratched. Lundberg said visitors are still welcome, however – just in a different format. “We encourage people to visit the memorial park over the Memorial Day weekend,” she said. “If they have questions or would like a guided tour they can contact me at 402-366-2916.”

Honor tiles are still available for purchase. Contact Cindy Slocum at Heartland Bank in Fairmont if interested in a personalized tile – or want to make a general monetary donation. Slocum can be reached at 402-268-2361. Follow the American Freedom Defenders Veterans Memorial’s progress on Facebook @VeteranMemorialFairmontNE

Decisions being made on YHS graduation