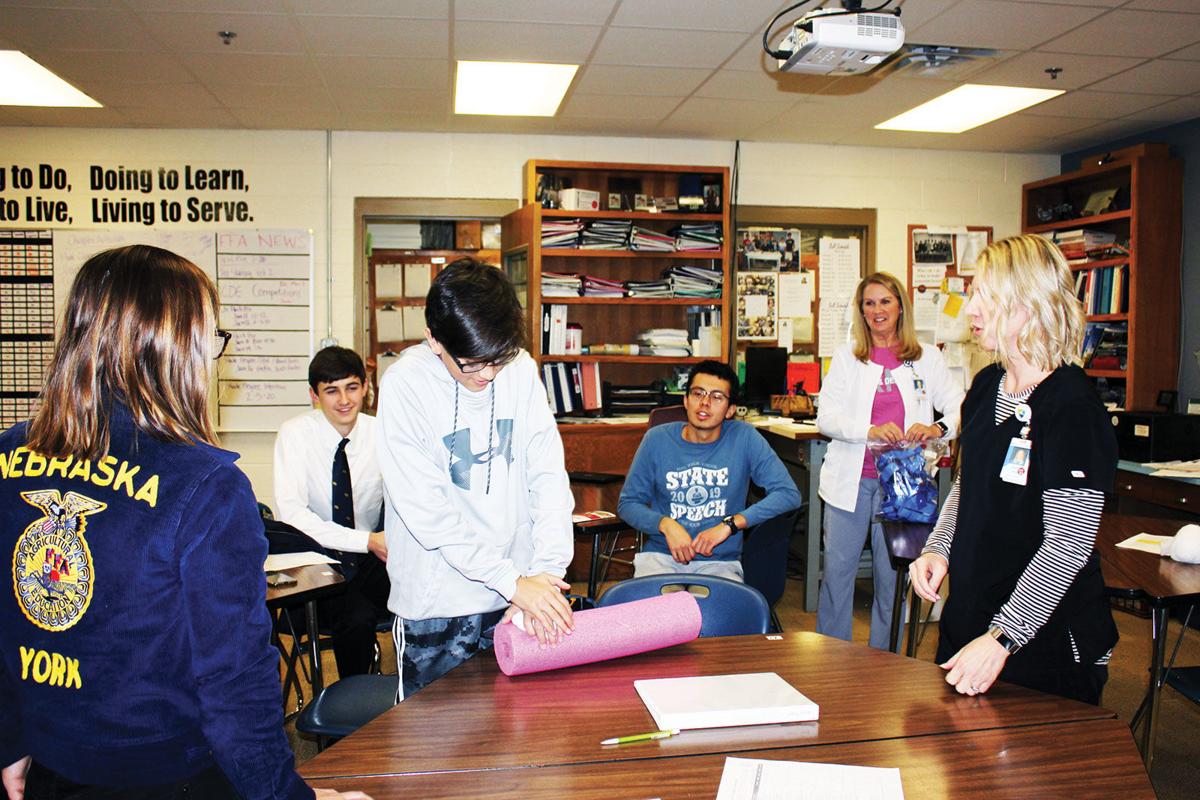 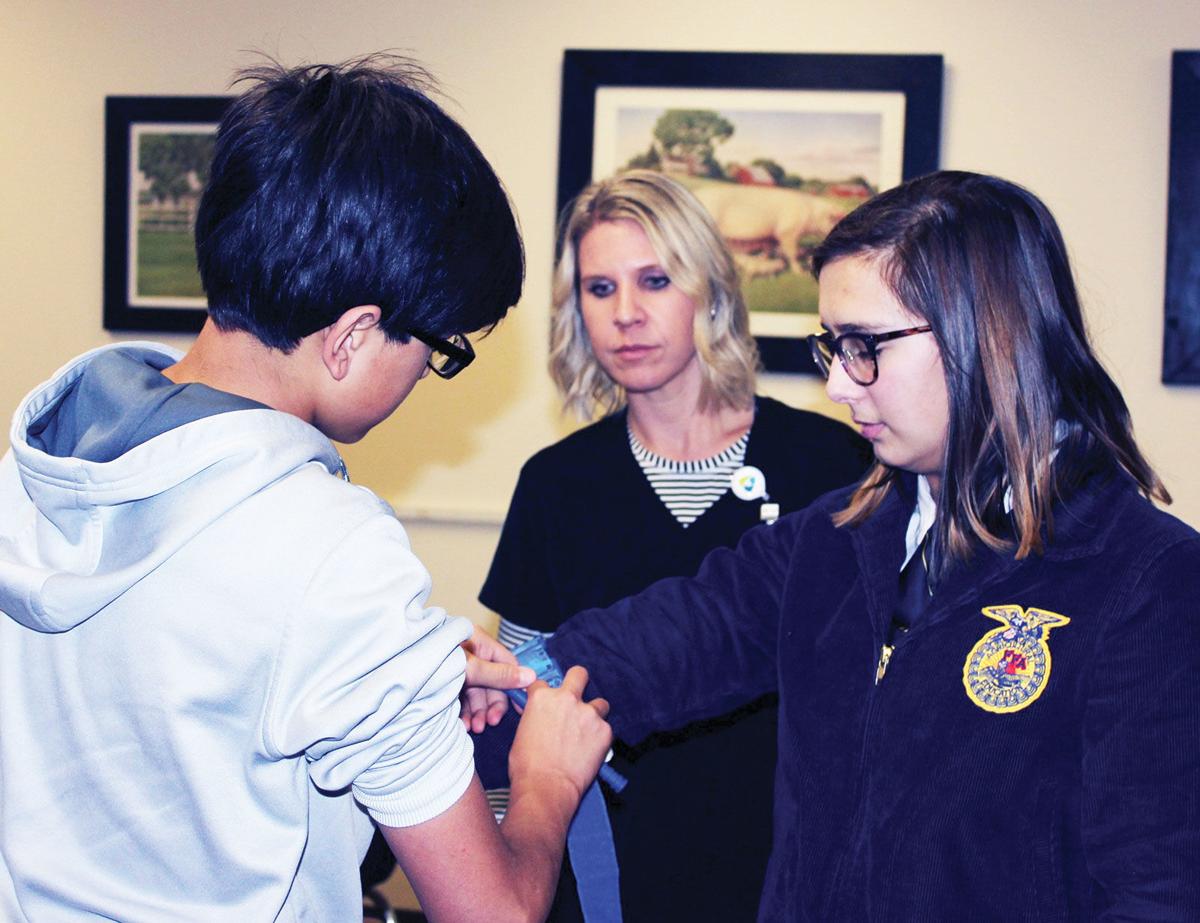 YORK — Fatalities are ugly realities on many of America’s farms, with an estimated 22 of every 100,000 farmers dying on the job because of an accident.

Chances are some of those farm fatalities could have been prevented with education and training – including the Stop the Bleed program.

York Public School’s FFA chapter organized a Stop the Bleed session for farmers, chapter members and anyone else interested in handling traumatic bleeding injuries. The training entails a presentation on traumatic bleeding, then hands-on experience conducting direct pressure application, packing, and how to correctly use a tourniquet. Stop the Bleed is tailored to a nonmedical audience to teach them how to handle traumatic bleeding until help arrives, should an appropriate bleeding issue occur.

“I thought it was a really good experience that taught us some valuable skills,” said York High School FFA member John Esser.

“People may not realize the importance of the training; it is not just for a mass casualty situation, but for farming accidents, shop accidents, car accidents, construction accidents, boating accidents… the list goes on,” said York General Med/Surgery Coordinator Leah Lonsdale, one of York General’s Stop the Bleed instructors.

“There are a lot of accidents that happen on the farm, where a student or farmer could use Stop the Bleed,” York High School FFA member Bailey Robinson said. “We really want to hammer home the fact that safety is important everywhere.”

“It was exciting that the students wanted to take part in the training, as it is created for everyone,” Lonsdale said. “They had so many great questions.”

The answers to those questions, and putting what they learned into practice, could save a life. “No one ever really thinks it could happen to them, but it might,” Esser said.

Since its inception in April 2013, 1.3 million people have received Stop the Bleed training nationally. The program was originally geared towards mass shootings, in reaction to the active shooter tragedy at Sandy Hook Elementary School.

Three file for York school board, one for Henderson mayor