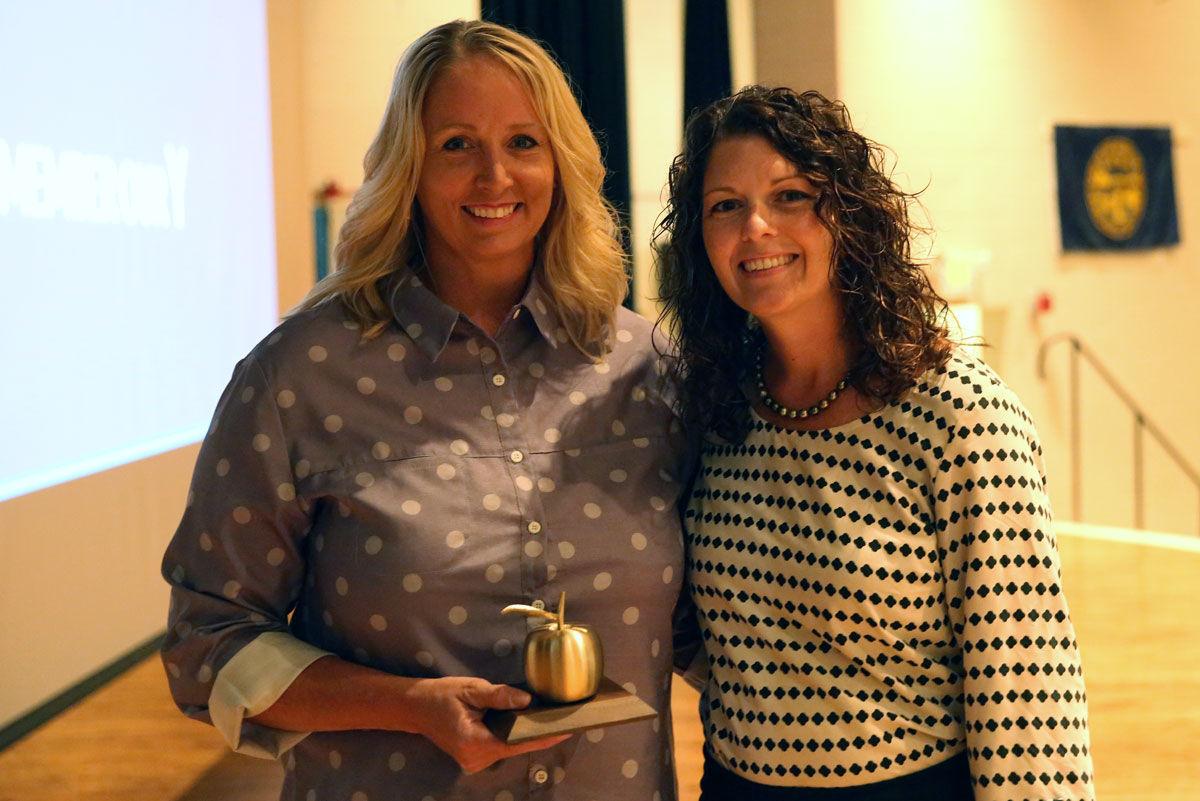 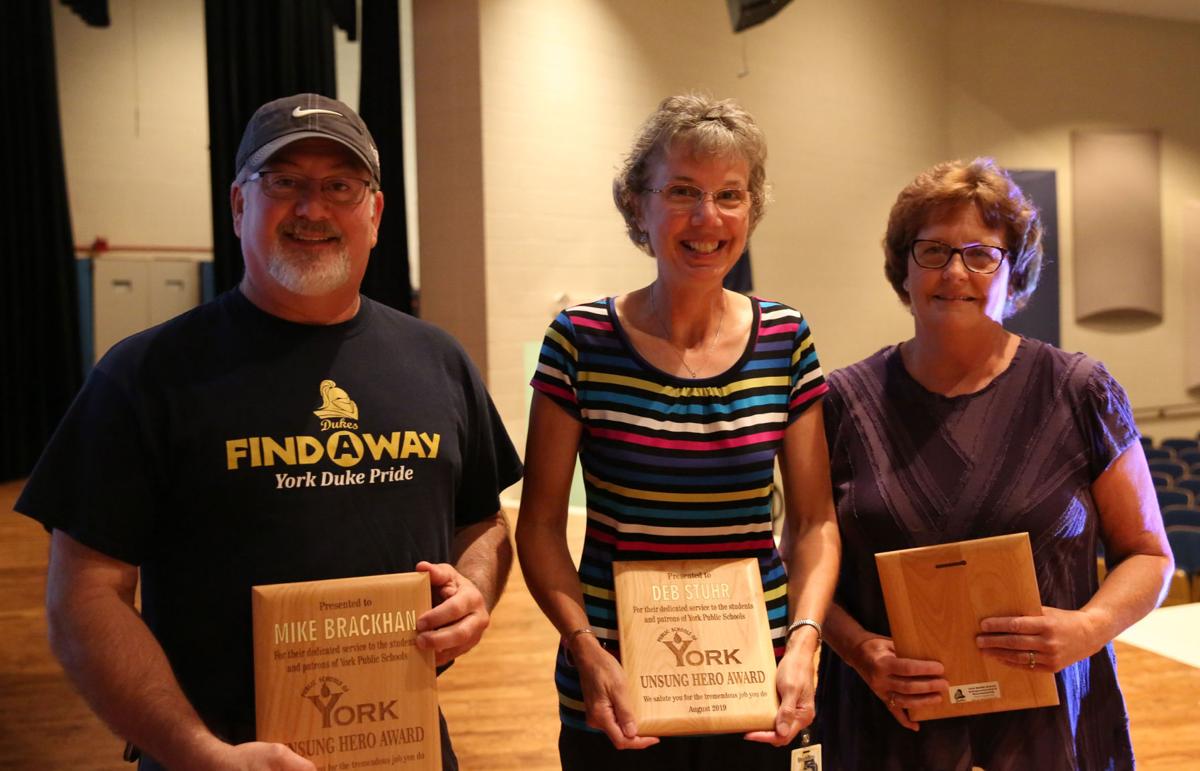 Brehm was lauded by her peers for her many roles at YES. Brehm started teaching at YPS in 1999, building a diverse collection of teaching roles, from high school P.E. to first grade. In her nomination, peers said: “She has been dedicated to helping students achieve personal and team goals outside of the classroom as a basketball and volleyball coach for several years at both the high school and middle school level – as well as having trained HS student to be lifeguards and conducting a swimming unit in fourth and fifth grades.”

Other comments noted her ability to work as a team player, and sharing her attributes with her colleagues, one of whom called her “kind, personable, flexible, genuine, positive, considerate, and hard-working.” Another noted: “She is respected by peers and students alike.”

The Unsung Heroes award was given to three YPS employees: Mike Brackhan, YMS Head Custodian; Deb Stuhr, YPS Counseling Center Administrative Assistant; and Monica Cross, YES Paraprofessional. The trio was lauded for being “tremendously kind” and willing to “help kids and the administration every day.” The well-deserved award is given to YPS staff members who may make a difference in their school but don’t receive as much attention as others tend to.