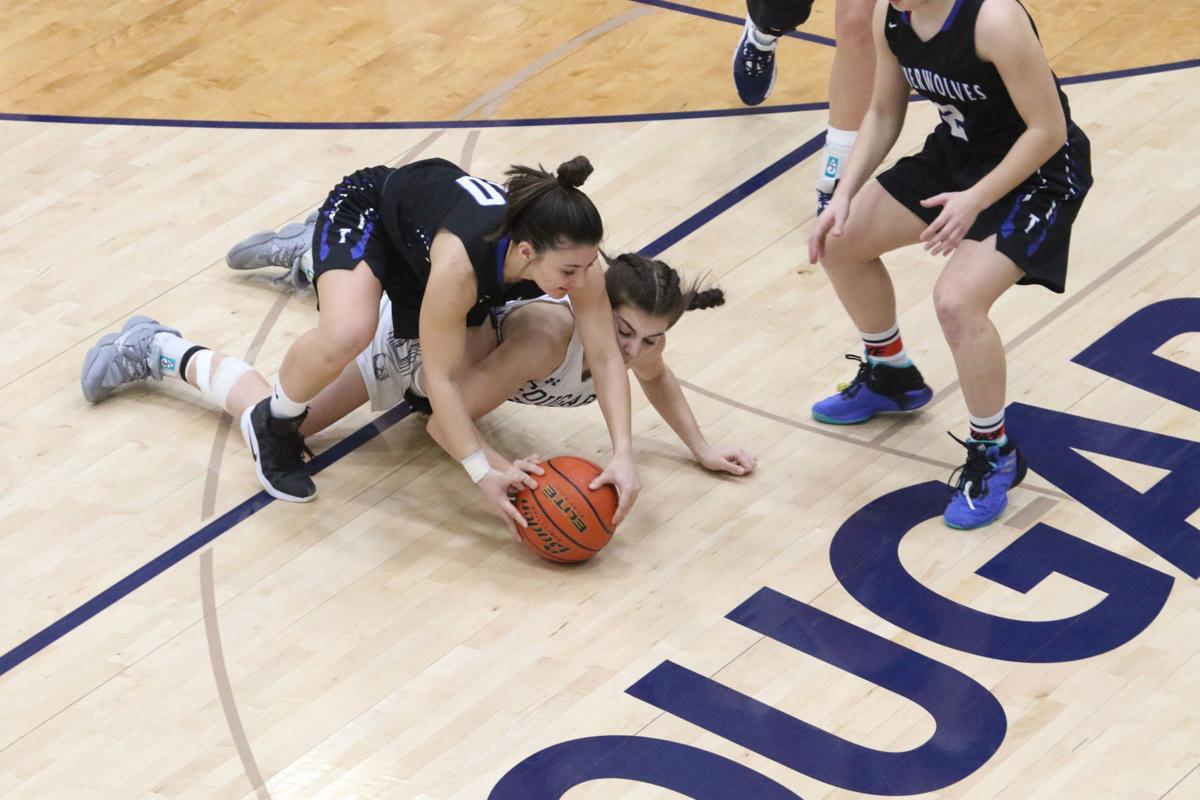 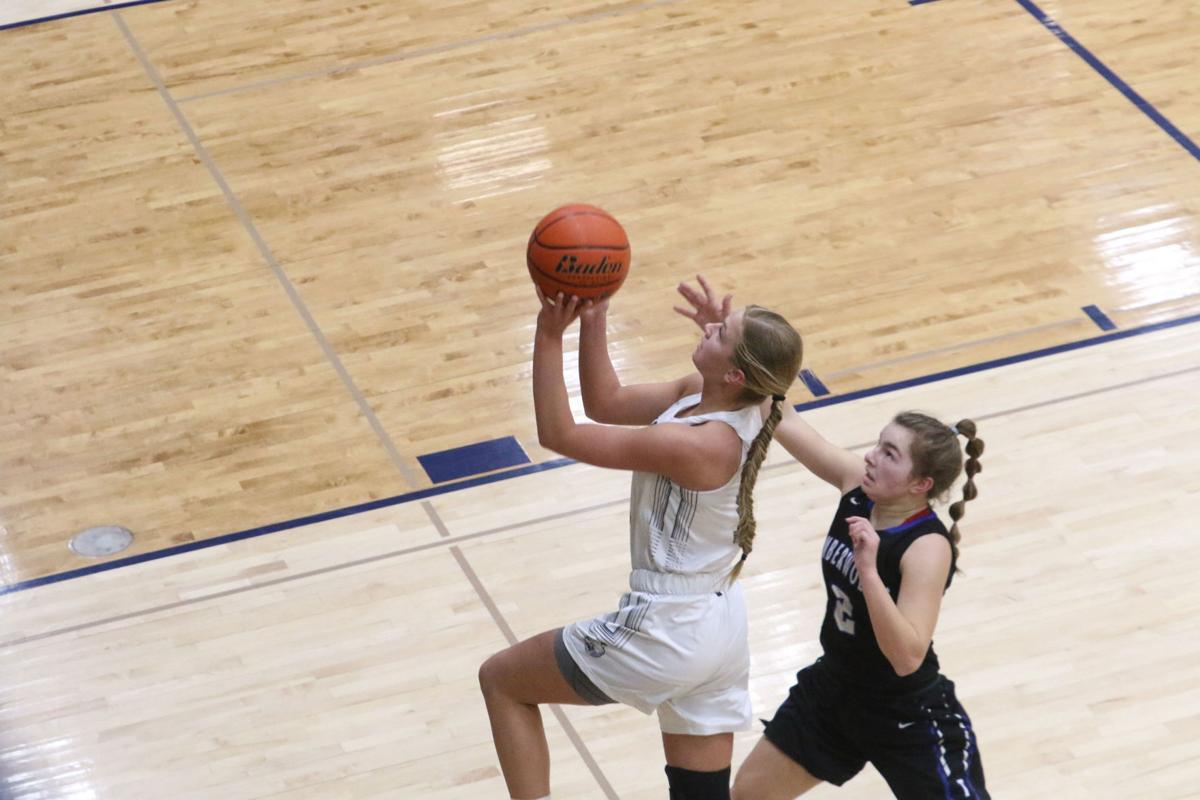 Cross County junior Cortlyn Schaefer (12) stole the ball at half court as the first quarter was winding down and scored her eighth and ninth points. That was all the scoring for the Cougars in the quarter as they took a 9-5 lead after the first eight minutes.

Cross County junior Cortlyn Schaefer (12) stole the ball at half court as the first quarter was winding down and scored her eighth and ninth points. That was all the scoring for the Cougars in the quarter as they took a 9-5 lead after the first eight minutes.

STROMSBURG – The Cross County Cougars had a significant height advantage over the Exeter-Milligan Timberwolves, but that didn’t seem to matter to the Timberwolves.

The T-Wolves held 6-foot 2 junior post Erica Stratman, who came in averaging better than 13 points per game, scoreless in the first half, using double and sometimes triple teams to shut down her ability to score from the paint.

The Exeter-Milligan girls opened the fourth quarter on an 11-3 run to wipe out the eight point advantage the Cougars held after three quarters.

Cross County got a putback basket from Schaefer with 1:44 to play and the Timberwolves missed two chances over the final 1:24 as the Cougars held on for the 30-28 win.

The Timberwolves tried to be patient on offense working the ball around the perimeter to set up their offense, but a several passes inside resulted in turnovers and hindered the Timberwolves opportunities to score.

The Cougars led 9-5 at the end of the first quarter as Schaefer scored all nine of the team’s points.

Exeter-Milligan’s patience seemed to get the Cougars out of sync.

Schaefer was the only player in double figures for either team as she finished with 15, while Stratman ended up with eight points.

The Timberwolves were led in scoring by Sluka and Cameran Jansky each with six points, while Jaiden Papik and Emma Olsen each chipped in with four.

Exeter-Milligan took 29 shots and hit 11, with just one 3-pointeer on four attempts. The T-Wolves were 5 of 10 at the charity stripe.

Turnovers were key as the T-Wolves ended up throwing it away 23 times to 17 for the Cougars.

Exeter-Milligan was scrappy on the boards as they held a slight 28-23 advantage on the night.

Vikings leave no questions in B-6 final