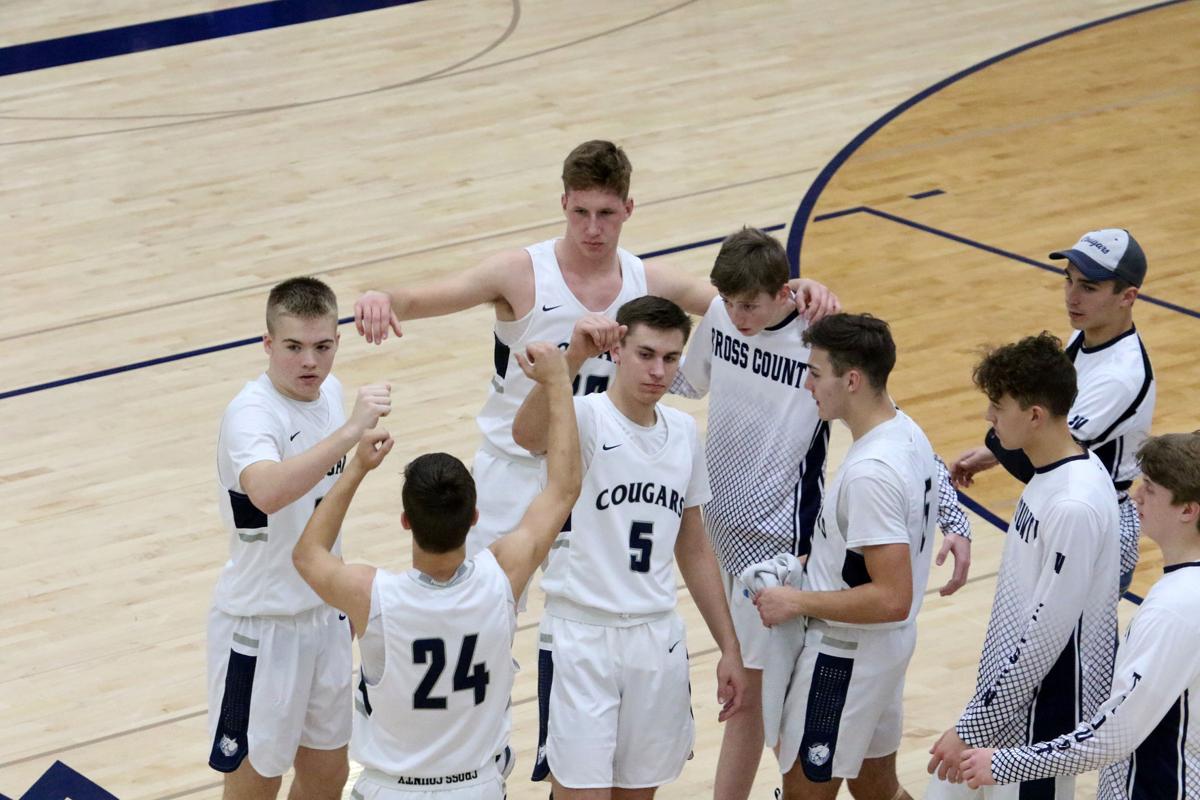 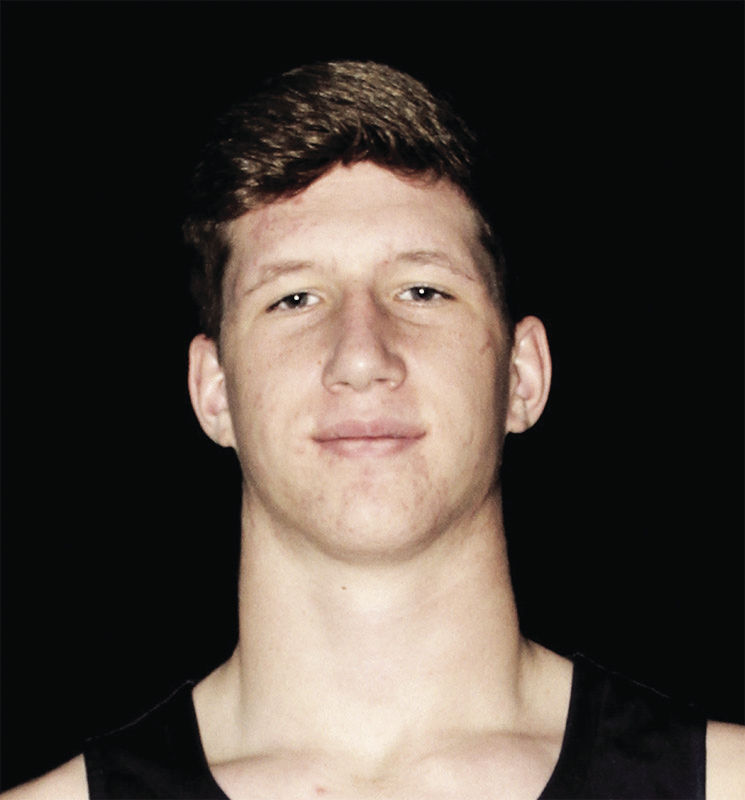 SUTTON – The Cross County Cougars gave the Class C-2 No. 5 Sutton Mustangs all they could handle on their own court Thursday night, and trailed just 51-45 heading into the fourth quarter.

But Sutton controlled the final eight minutes, outscoring the Cougars 17-5 during that stretch along the way to its 68-50 win.

The victory bumped Sutton’s record to 8-2 while the loss puts Cross County’s season mark at 6-4. The Cougars will try to get back in the win column Saturday against Heartland (5-3) at home in Stromsburg.

“We didn’t do a great job at any of those things,” Conway said. “Whenever we would get close, they would hit a big three or get an offensive rebound and score. Defensively, we also struggled with our communication. We missed a bunch of rotations and gave up some open shots that will get you beat against good teams.”

The Cougars’ long and athletic 6-foot-6 post, Cory Hollinger, scored a team-high 27 points and was efficient inside the arc on Thursday, making eight of his 12 shots. He went 8 of 13 overall in the game and also shot 85 percent from the free-throw line (11 of 13) while grabbing four boards.

Cross County trailed 15-11 at the end of the opening quarter. The Cougars wound up outscoring the Mustangs 18-15 in the third to give them the six-point deficit to start the fourth.