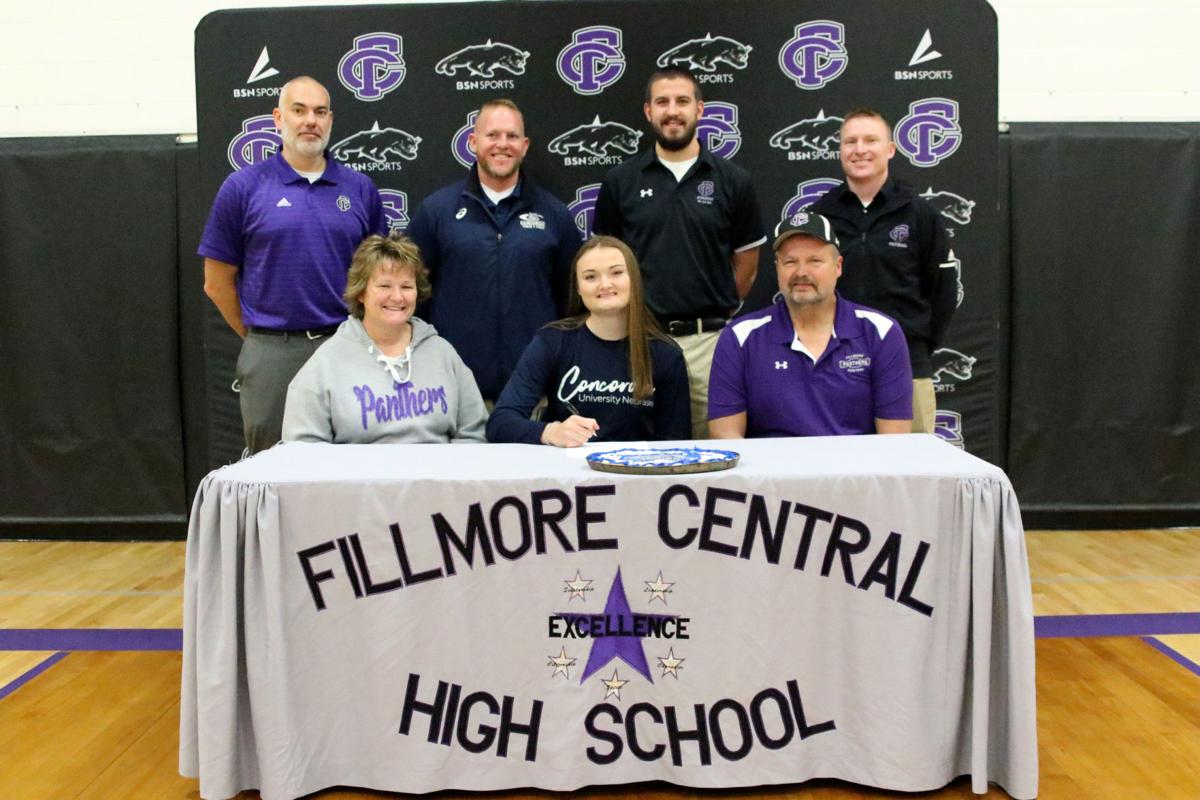 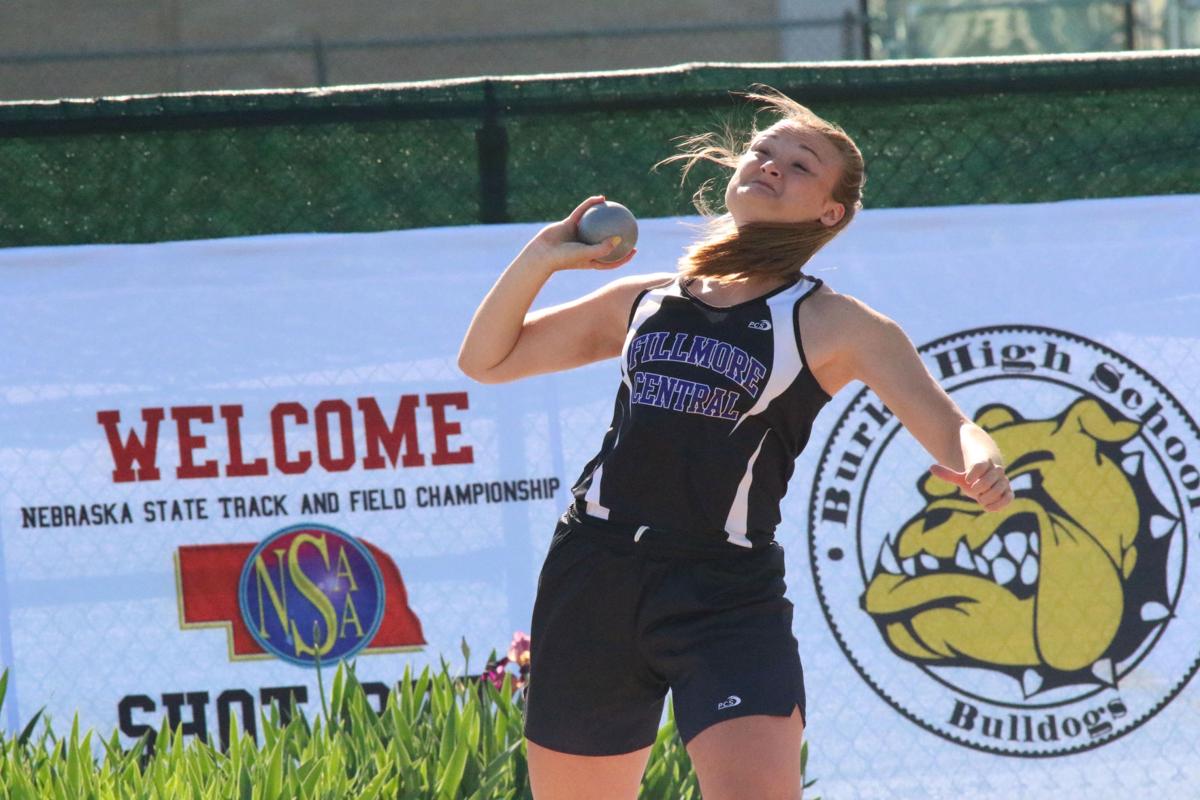 GENEVA, Neb. – It was a tough decision for Erin Schmidt.

The talented Fillmore Central senior was going back and forth about whether she wanted to play basketball or be on the track team and throw the shot in college.

Schools wanted the 6-foot multi-sport athlete for both. After weighing the options, Schmidt made up her mind, and on Tuesday in the gym of Fillmore Central High School in Geneva she signed with Concordia University to throw for its track team.

Basketball is close to Schmidt’s heart, but so is throwing the shot. She couldn’t turn down everything Concordia offered academically, too. And in track, there was more room to grow athletically.

“I can learn more things, like hammer and javelin. I feel like I have a lot more potential in track than in basketball,” Schmidt said after the signing.

There’s a lot of moving parts on a team, and at times, it can be difficult for the group to work together to achieve a goal. But it’s not the same with throwers in track. That’s what Schmidt likes about it. It’s all on her.

“If I’m not doing well, it’s my fault. If I don’t win, it’s my fault,” she said. “I can always push myself to get better. It’s harder as a team to push each other, but for me I can make myself better.”

Schmidt, whose personal best toss to date is 40 feet, 4 ¾ inches, also likes how technique-driven throwing is. Fillmore Central’s throwing coach, Matt Tobias, has been a key asset in that area.

“She’s got such a huge upside,” McLaughlin said of Schmidt. “She really hasn’t thrown that much compared to a lot of other kids, and it makes a big difference with what you can see that she can do already, and what she hasn’t done yet.”

McLaughlin has watched Schmidt throw for a couple of years now and saw the budding talent. But last year is when he really started to notice things pick up.

Schmidt, who’s also a starter on the Fillmore Central basketball team and averaged 12.6 points and 6.8 rebounds per contest, didn’t want to go into the basketball season worrying about the looming college question. Now, she’s free to have fun and just play ball without it weighing on her mind.

“I feel a lot better now that I’ve decided,” she said.

Winning the Class C-2 state basketball title is the obvious goal, but as for the track season, Schmidt has something else on mind. Who doesn’t like a little family rivalry, right?

“I want to beat my sister’s record,” Schmidt said with a smile.

That sister would be Alexis Schmidt, who currently throws for South Dakota State. Her Fillmore Central school record is 44-2.

“I have a long ways to go,” Erin said with a laugh. “If I beat her I might give her a call or just let her figure it out. I haven’t decided yet.”