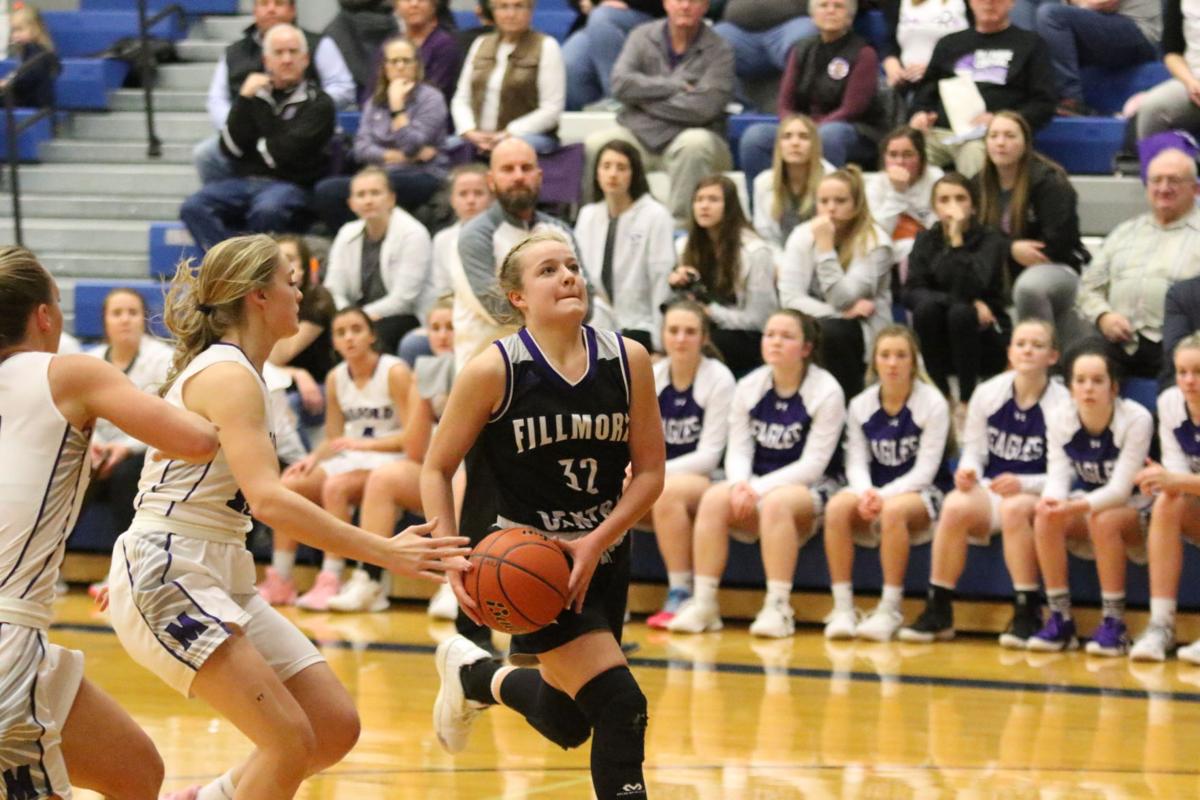 Fillmore Central senior Macy Scott, shown here against Milford on Feb. 6 in Utica, will continue her education and play basketball at Southeast Community College in Beatrice. 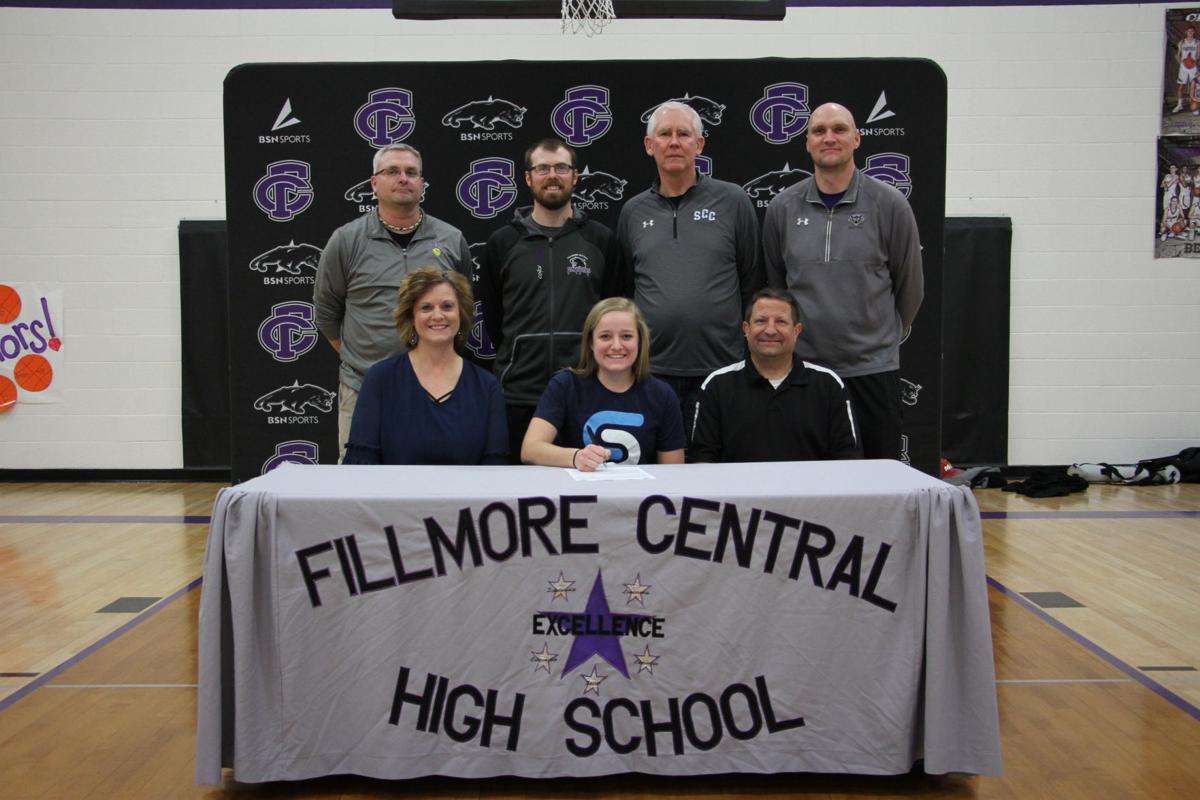 That might have surprised some who have seen the senior guard play. This season, Scott is averaging 11 points, 4.1 rebounds, 2.7 steals and 2.2 assists for a Panthers team that is 16-6 and looking for a return trip to the Class C-2 state tournament. She’s also Fillmore Central’s all-time leading scorer with 965 career points and counting as of Friday morning.

Scott was planning on going to UNL and majoring in elementary education and special education. She even applied and was accepted.

But an opportunity presented itself when Lynn Schlake sent an email to Fillmore Central head coach Shad Eberhardt. Schlake is the head coach of the Southeast Community College women’s basketball team, and he was hunting for a point guard.

“I went through everything, thought about it and decided I might as well,” Scott said with a smile.

Scott took over most of the ball handling duties this season while teammate Jackie Schelkopf was out with an injury. That stretch assisted in more ways than one.

“That’s helped me tremendously because I wasn’t used to it, but now that I am I have a lot more confidence,” she said of running the point. “The confidence that he’s (Schlake) giving to me just makes me feel better too. I know I can do it.”

Schlake likes what he’s getting in Scott, a fierce competitor at the point, a position that he’s in dire need of.

“She’ll have a great opportunity to come in and play right away,” Schlake said of Scott. “We’re getting a good point guard and a girl that can handle the ball who really competes. You can tell she really loves playing basketball.”

Schlake mentioned he’s watched Scott play twice this season, and was glad he attended a Fillmore Central game when he did, or else Scott may not have been on his radar.

“I was impressed right away,” he said. “The first game I came to I had a friend there, and he asked what I was doing here, and I told him I’m trying to find a basketball player. He goes, ‘watch that Scott girl,’ and I really enjoyed watching her play.”

With her signing and college destination out of the way, Scott can focus on what matters – finishing the season strong with her teammates. The Panthers play Sutton on Friday night, then begin their subdistrict slate against – you guessed it – Sutton next Tuesday in Fairbury.

“I did this to get it out of the way,” Scott said of the signing ceremony. “But our mindset right now is to get to state, that’s the main goal. We have a tough path to get there but we all have the same drive. We want the same thing.”