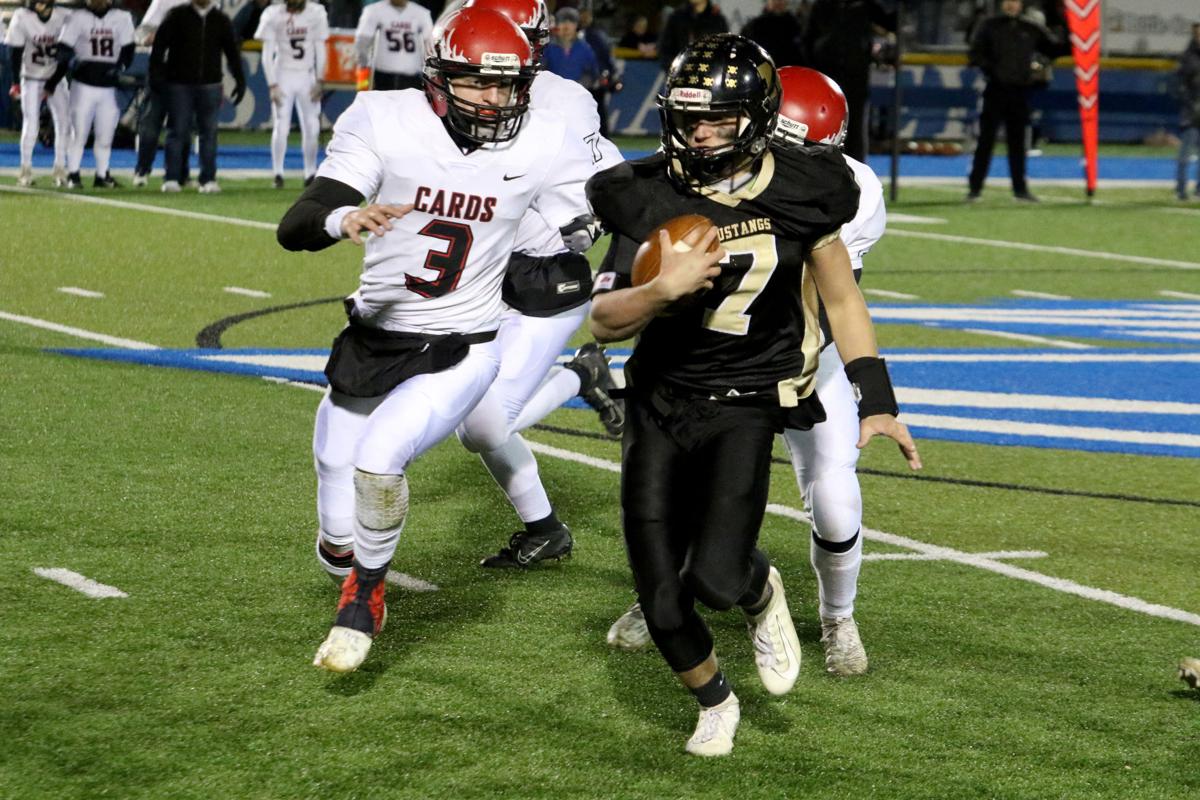 McCool Junction senior Dana Hobbs, shown here in last Friday’s Six Man state championship against Harvard in Kearney, was responsible for 44 touchdowns this past season for the Mustangs. He was selected to the first team all-district offense. 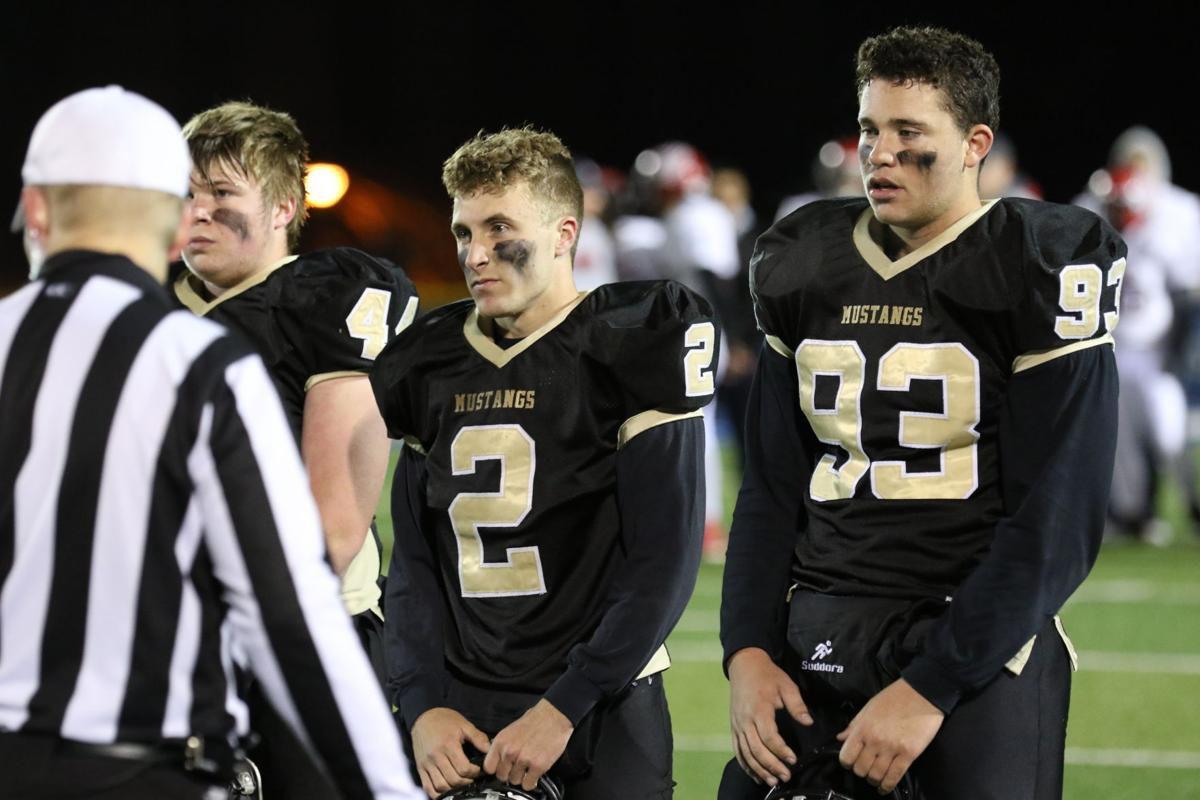 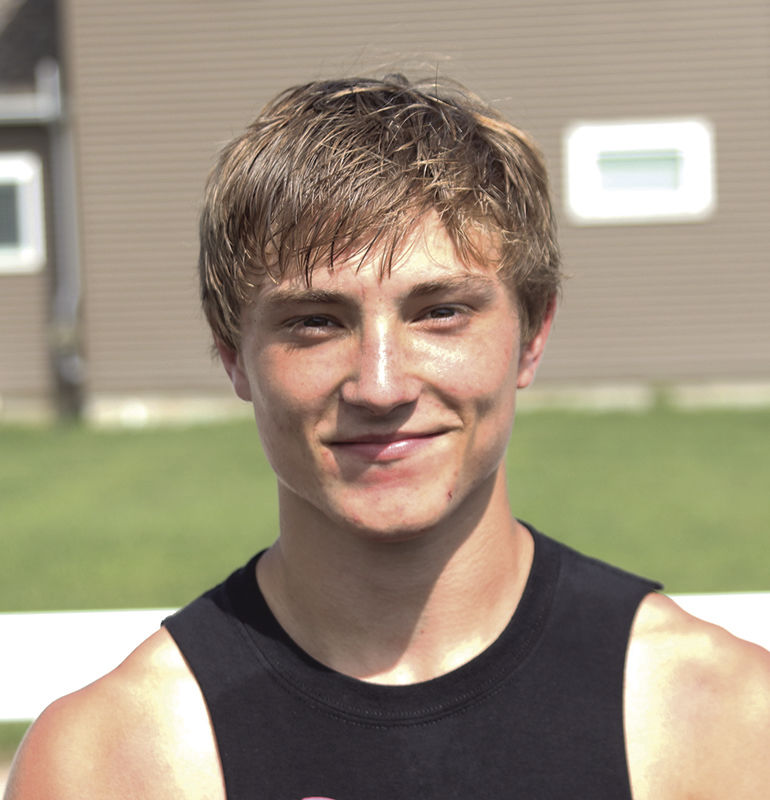 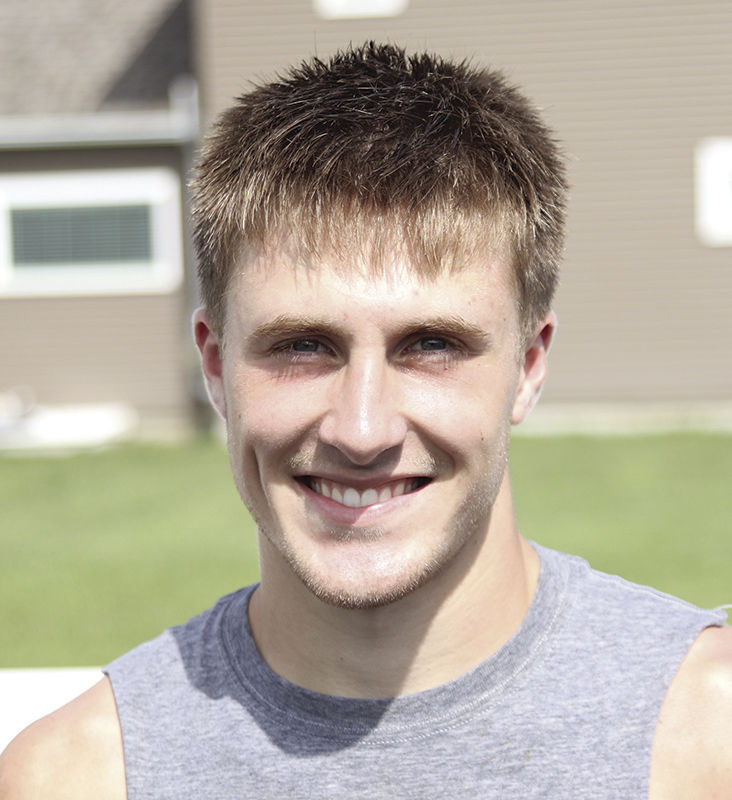 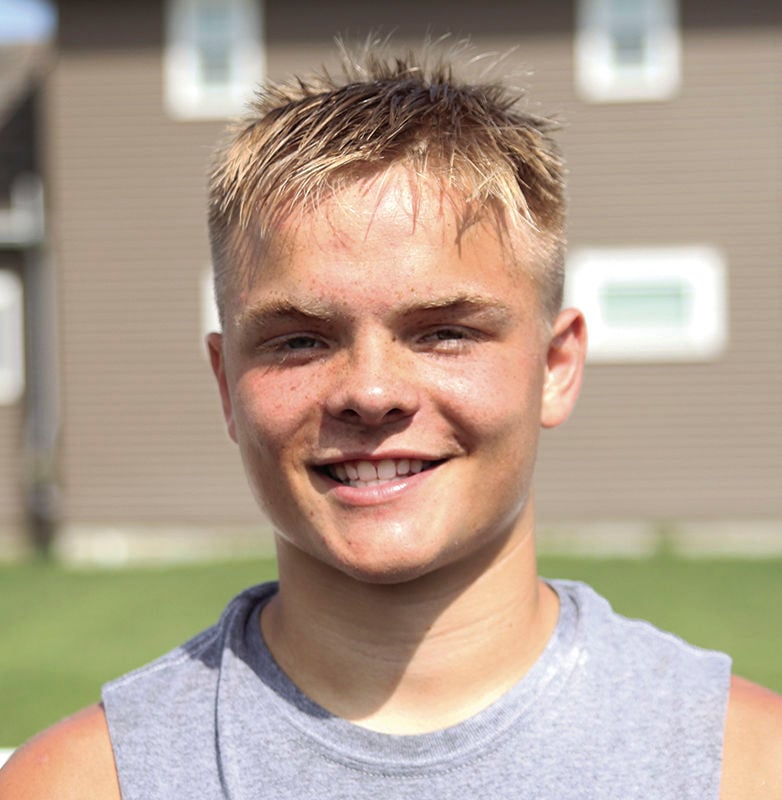 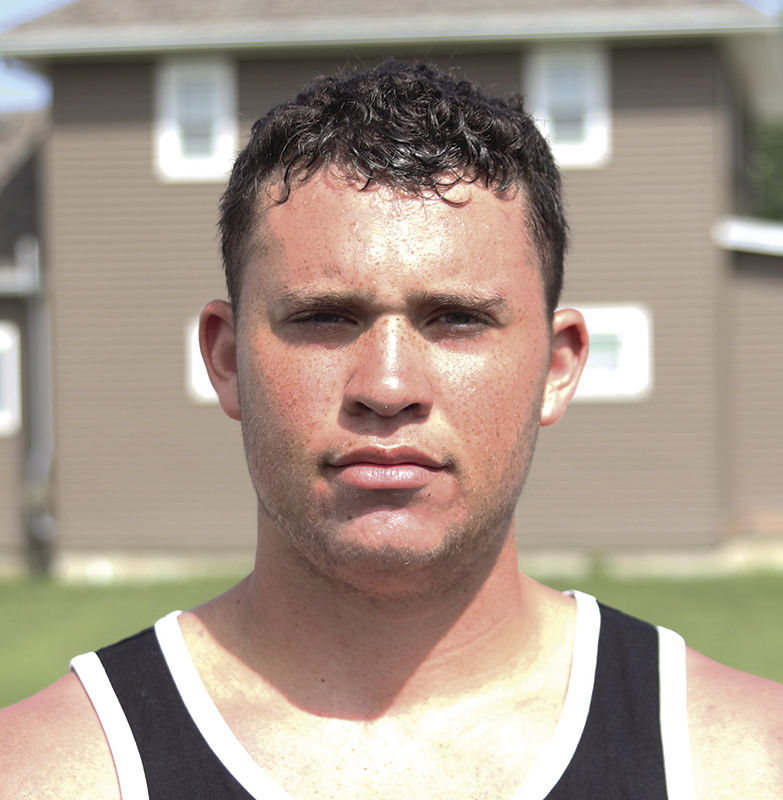 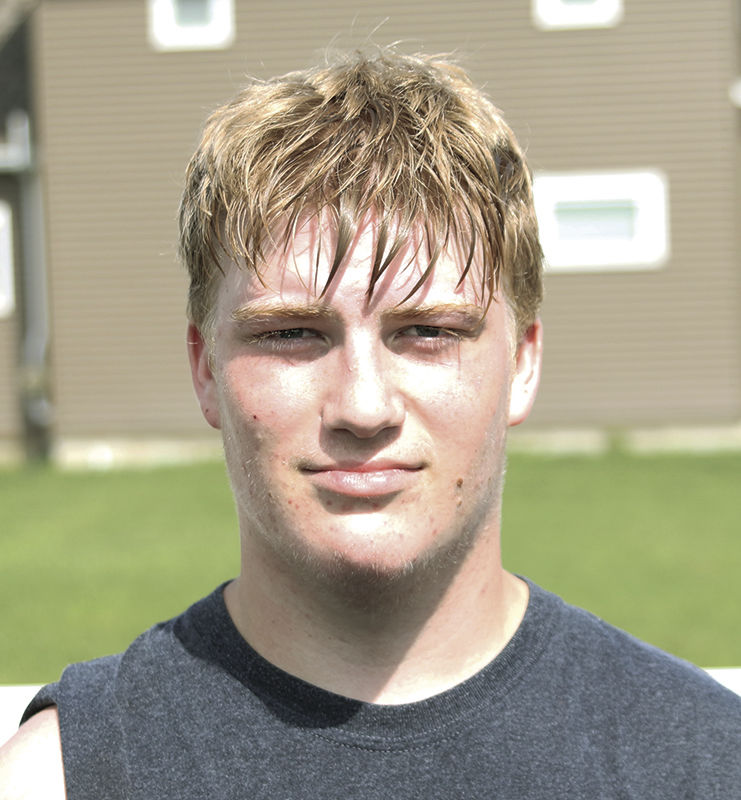 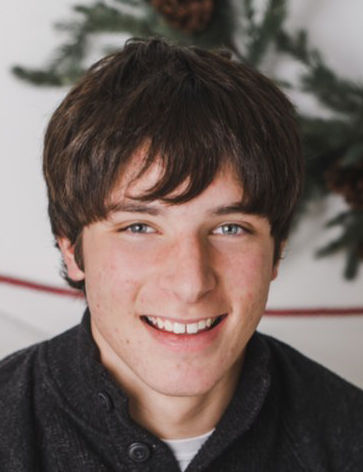 McCool Junction senior Dana Hobbs, shown here in last Friday’s Six Man state championship against Harvard in Kearney, was responsible for 44 touchdowns this past season for the Mustangs. He was selected to the first team all-district offense.

Although McCool (11-1) ran into a Harvard Cardinal buzzsaw and settled for runner-up, six Mustangs were rewarded with Six Man All-District 2 honors this postseason. The all-district selections make up six teams, including first and second offense, first and second defense, as well as honorable mention offense and defense.

McCool senior Dana Hobbs and junior Owen McDonald were selected to the first team offense. The Mustangs, who averaged 59 points and 154 rushing yards per game, were powered by the elusiveness and speed of both Hobbs and McDonald.

Hobbs finished the season with a team-best 1,414 rushing yards and was responsible for 44 touchdowns, 34 of which were rushing scores. He was a terror in the return game as well, bringing four punts back for a score. Defensively, Hobbs led the defense with 93 tackles and intercepted six passes, three of which were pick-sixes, and returned one fumble for a touchdown, too. Although the passing game wasn’t a huge part of McCool’s season as a whole, Hobbs did throw for 428 yards and two touchdowns on 36 completions.

McDonald was Hobbs’ main backfield mate and scored in five different ways. McDonald rushed for 909 yards and 22 touchdowns while also catching nine passes for 181 yards, four of which were for scores. Like Hobbs, McDonald also had three pick-sixes and was hard to bring down in the open field – he returned one punt and one kickoff for a touchdown.

McDonald, along with junior Kaden Kirkpatrick and sophomore Chase Wilkinson, were named to the first team defense.

Wilkinson was second on the team in tackles with 85 and was a ball hawk in the secondary with a team-high seven interceptions. Wilkinson had three games where he recorded double-digit tackles, including a season-high 15 in a 55-40 playoff win over Crawford.

Wilkinson was a pass-intercepting monster on Sept. 27 when McCool played Sterling – he picked off three.

Kirkpatrick, the big man in the trenches for the Mustangs, was tied for fifth on the team in tackles with 42 and recovered two fumbles, too. His best game statistically came against one of the better teams McCool played all season in Humphrey/Lindsay Holy Family on Sept. 6. That night, the 6-foot-4 Kirkpatrick had 11 stops, including six solos.

McDonald recorded 50 tackles on the season and hauled in five of the Mustangs’ 21 interceptions on the year. He also fell on two fumbles.

The Mustangs’ Brad Lewis was on the second team defense. The junior that wore No. 77 during the season did a lot of the dirty work for McCool and racked up 42 tackles with one interception. In the playoffs against Crawford back on Nov. 1, Lewis had a season-best six stops.

In last Friday’s state title game against Harvard, Lewis came up big in the receiving game with four catches for 54 yards.

The lone Mustang that earned honorable mention accolades was Kaeden Bristol. The junior had the third-most tackles on the defense with 58 and recorded his most stops in the 66-12 win over Dorchester on Oct. 18 with 11. Bristol also intercepted a pass and had two fumble recoveries.