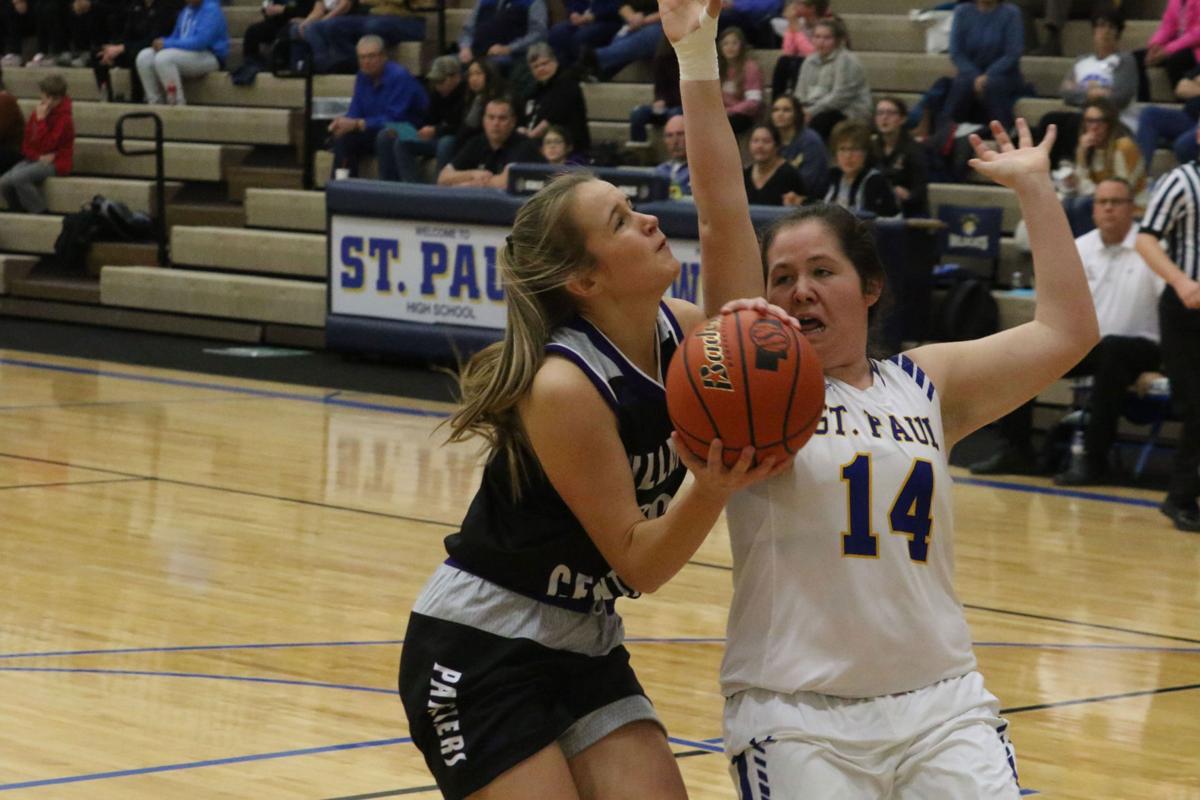 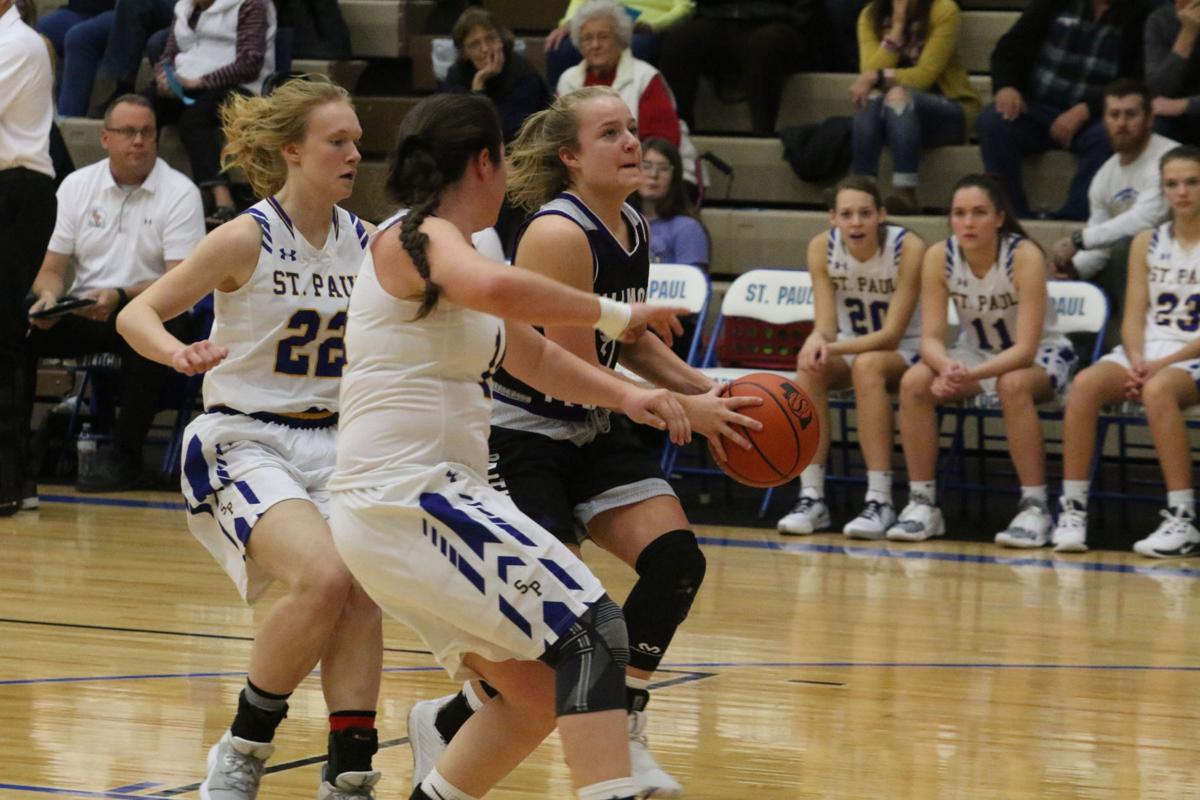 Following a third first-quarter steal, Fillmore Central senior Macy Scott (32) drives hard to the basket against the defense of St. Paul’s Amber Kosmicki (14) and junior Dolcey Van Winkle (22). Scott drew the foul and sank a pair of free throws to up the Panthers’ lead to 12-4 at the time.

Following a third first-quarter steal, Fillmore Central senior Macy Scott (32) drives hard to the basket against the defense of St. Paul’s Amber Kosmicki (14) and junior Dolcey Van Winkle (22). Scott drew the foul and sank a pair of free throws to up the Panthers’ lead to 12-4 at the time.

ST. PAUL, Neb. – It was a marquee matchup in St. Paul on Friday night as the Class C-2 No. 4 Fillmore Central Panthers traveled to St. Paul to take on the C11 No. 8 Wildcats in non-conference girls action.

The battle between the two schools never really materialized as the Panthers scored off the opening tip, and used a 3-pointer from sophomore Abby Nichols to build a lead they would never relinquish.

The Panthers held off a great second-half effort by the Wildcats, but still held on for the 49-36 win.

A 15-0 run to open the second quarter by the Fillmore Central girls was a huge key in the win.

Leading 13-8 at the quarter break, the Panthers got a uncontested layup from Lexi Theis, a 3-pointer from Nichols, who was one of three Panthers to finish with 13 points. Halle Theis followed that with the first of her three second- quarter 3-point shots and Theis scored three the old fashioned way as the lead ballooned to 23-8 with 3:55 to play in the quarter.

The Panthers led 31-10 at the break and were up by as many as 23 points in the third quarter, before the Wildcats started to chip away.

Behind 5-foot 10 senior Brooke Poppert with 13 of her game high 17 points and five points from Olivia Poppert the St. Paul girls had the Panthers lead down to double digits at 39-30 with 4:47 to play in the game.

That would be as close as they would get as Olivia Poppert fouled out and both teams were in the one-and-one before the five minute mark of the fourth quarter.

Fillmore Central went 6 of 10 from the charity stripe in the fourth quarter and finished 10 of 16.

Along with Nichols, Lexi Theis and her sister Halle each had 13 points in the win.

The Panthers were 16 of 45 from the floor and after a 6 of 8 start behind the arc the Fillmore Central girls cooled off and ended the game 6 of 13.

Along with Brooke Poppert’s 17, Olivia Poppert added seven and Josie Jakubowski chipped in with five.

Fillmore Central 3-0 is back in action today as they host David City.